This Is GoPro's Plan to Continue Conquering the World

GoPro's CEO Nick Woodman holds a GoPro camera in his mouth as he celebrates his company's IPO at the Nasdaq MarketSite in New York, June 26, 2014.
Seth Wenig—AP
By Kevin Kelleher

IPOs can not only provide startups with new capital, they can also offer a lot of free publicity, especially when the company has a product beloved by its users, a charismatic founder and a backstory of entrepreneurial grit. In that sense, GoPro’s IPO has been nothing short of a boon for the company.

In a year that has seen the allure of the IPO market fizzle early on, GoPro is just the poster child Wall Street needs to reignite interest in new offerings. The company was founded in 2002 by Nick Woodman, the son of an investment banker who saw a need for a portable, durable, and affordable camera to capture surfing footage.

As GoPro’s cameras grew smaller and capable of higher-def video, word of mouth spread quickly. GoPro became the high-definition action camera of choice for sports enthusiasts who shared their filmed exploits through social media. That word of mouth pushed GoPro’s share of the US camcorder market to 45% last year from 11% two years earlier. Revenue grew 87% in 2013 to just shy of $1 billion.

That success explains GoPro’s initial rise in the wake of its IPO. GoPro went public in late June at $24 a share, rose 31% on its first day alone and within its first week had more than doubled its offering price. It was just the spark that the sluggish IPO market needed going into the summer, and GoPro bulls argued that the initial surge was justifiable.

The bull case went something like this: GoPro represents the rise of a new consumer gadget brand. Sure, it competed with hoary old camera companies like Canon, Nikon and Polaroid. But it had a shiny, 21st Century feel to it, the way Sonos does and Panasonic doesn’t, or the way Nest does and a General Electric thermostat does not. GoPro was emblematic of a new breed of consumer electronics.

The early rally soon drew the attention of bears, who felt the post-IPO surge in GoPro’s stock was speculative, leaving it at an overvalued price. Even now, the stock trades at nearly 10 times its 2013 revenue and 100 times its net income.

Such a rich valuation overlooks the uncertainties in GoPro’s future. As impressive as the company’s growth in camcorder market share has been, it won’t be long before it starts to reach saturation. At the same time, such rapid success tends to draw emulators. And struggling companies like Olympus and Canon have resources to develop and market similar cameras.

An even bigger threat may come from the wearable cameras being developed by Apple, Google and others. Early videos promoting Google Glass revealed an even more portable video camera, one that is likely to drop in price once it reaches the mainstream market. For many amateur videographers, the increasingly high-definition cameras included in smartphones may also make a GoPro seem obsolete in time.

To counter these competitive threats, GoPro is working to expand internationally, innovate new features in its cameras and promote the GoPro brand as a source of original and user-generated content. The push from gadgets to media is a logical one, but it also highlights some of the barriers the company faces in finding future growth.

GoPro’s prospectus says it’s investing in video programming for partner platforms such as Virgin America and Xbox Live. While welcome partners, these platforms aren’t nearly as big as, say, YouTube. The GoPro channel on YouTube has a little more than 2 million subscribers. Not bad, but also not nearly enough to put it in the top 100.

The biggest benefit of more visible GoPro content may not be to generate media revenue but to market GoPro cameras. The company says it plans to build new marketing relationships, increase its presence inside stores and spend more on advertising – initiatives that may need to draw on the proceeds raised in its IPO. However, the bulk of those proceeds went to pay off loans and pay out insiders. And the increased spending is likely to weigh down margins even as the company’s revenue growth slows.

Such concerns have weighed on the stock in the past two weeks. After reaching a peak of $49.90 on July 1, the stock has since fallen 22%. The initial surge created a demand for GoPro shares available for borrowing by short sellers. Right as GoPro shares peaked, an analyst noted that “borrowers are snapping up all the available GoPro shares they can, and are willing to pay a high price to do so.”

Another analyst at Vertical Group issued a sell rating on GoPro an a price target of $28.50 last Thursday, citing a media strategy that was “fraught with risk” and a “still-questionable competitive moat.” Since that report, GoPro’s stock has fallen 10%. On Friday alone, GoPro fell 7.3%.

The shift in momentum in GoPro’s trading away from the bulls and in favor of the bears doesn’t mean the company won’t have a bright future ahead of it. But it’s a caution for investors hoping to buy the stock of a well-known consumer brand right after its IPO. GoPro needs to show it can fend off competitors and produce a viable media strategy before it can come close to earning its post-IPO price. 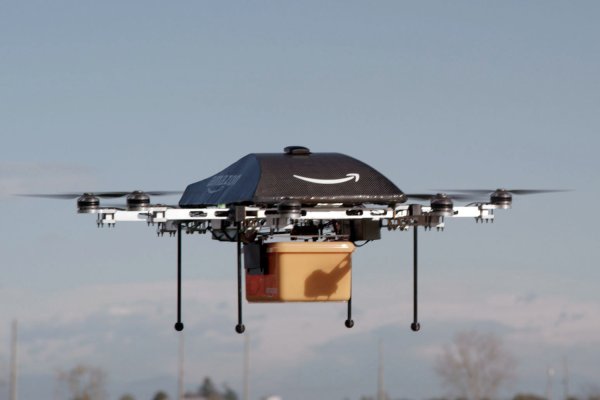 Amazon Wants to Test-Fly Its New Delivery Drones
Next Up: Editor's Pick