Organically-grown fruits, vegetables and grains have substantially higher levels of antioxidants and lower levels of pesticides than conventionally-grown produce, according to a comprehensive review of earlier studies on the matter.

Organic crops contain 17 percent more antioxidants than conventionally grown crops, according to the study, to be published next week in the British Journal of Nutrition.

“It shows very clearly how you grow your food has an impact,” Carlo Leifert, a professor of ecological agriculture at Newcastle University in England who led the research, told the New York Times. “If you buy organic fruits and vegetables, you can be sure you have, on average, a higher amount of antioxidants at the same calorie level.”

The findings contradict a similar analysis published two years ago by Stanford scientists, who found that there are only minor differences in the nutritional content of organic and conventionally-grown foods.

However, the new study does not claim eating organic food leads to better health. However, many studies have suggested that antioxidants have been linked to a lower risk of cancer and other diseases.

Organic food purchases accounted for just over four percent of the total food market in the United States last year, or $32.3 billion. 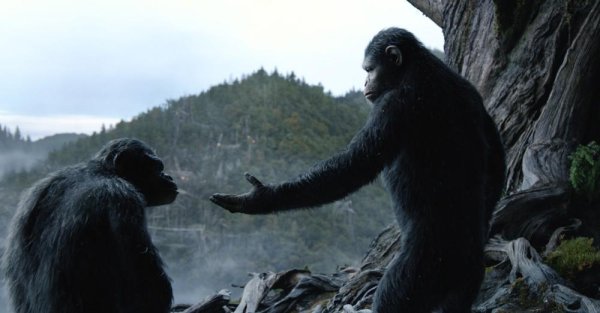 Planet of the Apes: That Couldn't Happen....Right?
Next Up: Editor's Pick