In Christian theology there is a debate and divide between Catholics and Protestants on whether faith and good works are needed to achieve salvation or if faith alone can get us there.

Interestingly, in the Islamic tradition there is also a very rich conversation about the relationship between faith and good works and salvation. One of the most common phrases in the Qur’an (more than 43 times) to describe the righteous and even the way to salvation is “have faith and do good works.” The two seem quite inseparable. Good works are a natural manifestation of belief, and good works are what support and sustain faith – beyond, of course, the good graces of God.

How about good works without faith? In the Islamic tradition, our good works have to be attached to the highest intention – which is to serve God. This is because any other motivation is temporary and fleeting and conditional, while God is permanent and unconditional. Doing good works for the sake of God is the protection needed from doing good just to satisfy one’s ego.

From a faith-based perspective, it is in reality God who gives us the motivation and the capacity to do good works – and, therefore, thanks and glory should be properly directed to the source of all good. In the words of Shaykh Ibn ‘Ata’illah al-Iskandari (d.1309), in his Book of Wisdoms, “Let no good works make you joyous because it comes from you, but rather, be joyous over it because it comes from God to you.”

Like Catholics, Muslims would readily admit that our good works – no matter how many or how great or how sincere – are not by themselves enough for salvation. Salvation is something that is granted by the good graces and mercy [rahmah] of God. Traditions abound in Islamic sources about people who lived less than righteous lives but who were ultimately granted salvation because God accepted one of their seemingly simple but sincere good works, such as giving a thirsty dog something to drink or removing a harmful branch from the road.

But, the dynamic duo of faith and good deeds are what put us on the path to receiving this rahmah that God, ultimately, grants to whomsoever God wishes. It is a rahmah that is given out of wisdom and knowledge by the One who truly knows what is hidden deep down in the hearts of people.

Ramadan is an intense period to devote and train the soul in constantly inclining toward doing good works. The Prophet was described as the most generous among people, and in Ramadan his generosity was described like a wind that kept on giving. Ramadan is also known as the month of salvation because good deeds are accepted even more favorably from God than during any other month. All of this should inspire us to complete the remaining days of Ramadan with as much devotion to doing good works as we can. May God accept it abundantly from us! 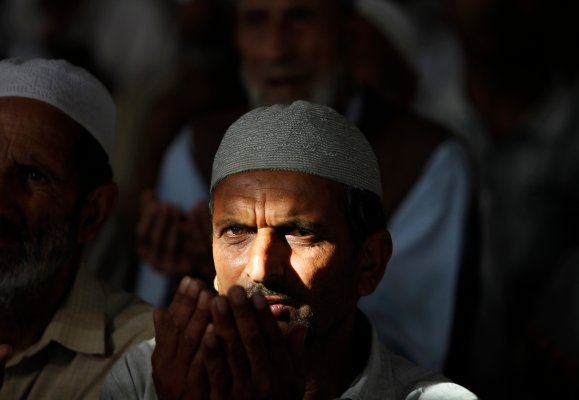 Ramadan, Day 15: Help the Oppressor
Next Up: Editor's Pick