A United Airlines logo is seen behind the ticket counter at Chicago's O'Hare airport on August 13, 2013.
Mira Oberman—AFP/Getty Images
By Sam Frizell

A United Airlines flight en route from Hawaii to the Pacific island of Guam was diverted to the remote U.S. island of Midway due to a mechanical problem.

The Boeing 777 was destined for Guam when it was diverted, and a replacement aircraft brought the 335 passengers back to Honolulu Friday morning, the Associated Press reports. The Guam-bound passengers were then put on another flight to the U.S. territory.

Pilots flying over long stretches of water often fly routes designed to keep them as close to land as possible in case of the need for an emergency landing like this one.

Midway was the site of decisive American World War II victory over Japan’s forces in 1942. It was later used as a base during the Cold War. Today, it’s a wildlife refuge home to more than 1 million seabirds, green sea turtles and endangered Hawaiian monk seals. Locals maintain the runways, which provide a vital link off the island. 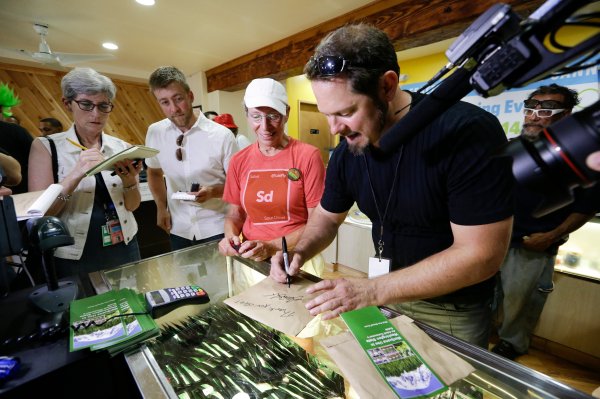 Three Days In, Pot Shop Out of Stock
Next Up: Editor's Pick