Biden To Governors: Only You Can Save Us

Vice President Joe Biden told the nation’s governors Friday that it is up to them to lead the nation out of political gridlock.

With Congress and the White House at loggerheads on nearly every issue, and President Barack Obama embracing executive action, Biden said at the summer meeting of the National Governors Association, Democratic and Republican governors “are the best hope we have.”

“The way things have gotten today—and I’m not singling out any party or group of people, just the politics, the culture—it’s become too personal,” Biden said, noting that he served in the Senate when segregationists served in Congress. “It was never personal. It was never cast in the context of ‘you’re good or bad,’” he added. “There was a presumption that the other guys or woman you’d be dealing with was acting in good faith. It was always about their judgment, not about their motive.”

“You gotta lead us out of this mess we’re in,” he told the governors.

Biden prefaced his remarks on partisanship with a warning. “Folks. I probably shouldn’t say this … but then again I’m Joe Biden,” he said drawing laughs from the audience of governors, lobbyists and staff.

Biden also noted that demographic changes in the U.S. would leave “those of us who are caucasian or of european descent are going to be an absolute minority in the United States of America” in a few decades, adding “so we’ve got to get this right.”

The vice president used his remarks to call for congressional action on infrastructure spending and workforce training programs, praising Democratic and Republican “guvs” by name for successful programs in their states.

“You’re doing all you can,” Biden told the governors. “You’re attracting investment, while the federal government is sitting on its hands.” 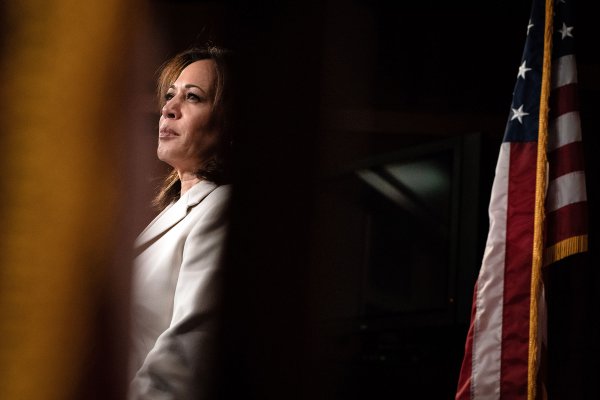