Studies Show Obamacare is Reducing the Ranks of Uninsured

People buying health insurance under the Affordable Care Act at the Mall of Americas on Jan. 15, 2014 in Miami.
Joe Raedle—Getty Images
By Denver Nicks

A growing body of research indicates that the number of American adults who lack health insurance has dropped sharply, by about eight million, since the health care reform law’s individual mandate went into effect early this year.

Three independent studies from the Commonwealth Fund, Gallup, and the Urban Institute recently found that roughly a quarter of people who were uninsured last year now have health insurance.

The proportion of people without insurance dropped across all income groups and ethnicities. But the largest declines were seen among the poor and Latinos, for whom the uninsured rate plummeted from 36% in the summer of 2013 to 23% by the spring of 2014, according to the Commonwealth Fund.

In its survey of 45,000 U.S. adults, Gallup found that the uninsured rate for Americans over 18 has fallen to 13.4%, the lowest level since the group began tracking the metric in 2008. The previous low point was 14.4% in the third quarter of that year.

The drop in the ranks of the uninsured marks a significant step toward the President Barack Obama’s goal of universal health insurance coverage in the U.S. and will be welcome news to Democrats heading into the 2014 midterm elections. Campaigning against Obamacare has been central to the GOP’s election-year strategy and Republicans have hammered Democrats over the Affordable Care Act’s initially rocky rollout.

But the news is unlikely to soften Republican opposition to the law. The GOP-controlled House is already moving forward with a lawsuit against the President over his decision to delay implementation of the so-called employer mandate, a key provision of the law that requires companies with more than 50 full-time employees to provide health insurance. Some in the GOP have accused the President of unilaterally delaying implementation of the measure to avoid hurting Democrats going into the midterm elections. 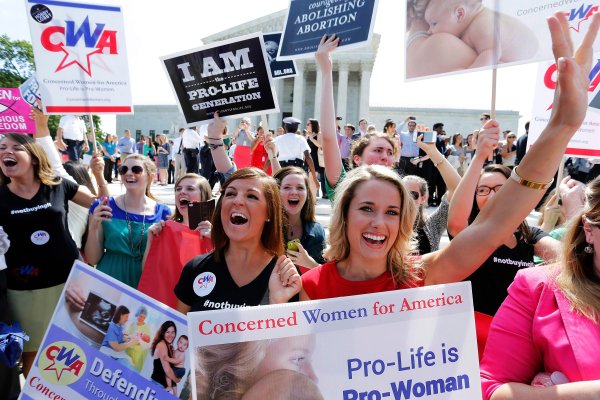 4 Reasons the Supreme Court Contraception Ruling Means Less Than You Think
Next Up: Editor's Pick