Billy Crystal, director Rob Reiner and Meg Ryan on the set of When Harry Met Sally
Columbia
By Megan Gibson

After Meg Ryan faked an orgasm in Katz’s Deli in When Harry Met Sally, she was launched into superstardom. But in an interview with HuffPost Live, director Rob Reiner says he was actually the one who taught the young actress everything she knows about faking it.

“Meg was nervous,” Reiner said of filming what became the iconic “I’ll have what she’s having” scene. “Obviously you’re in front of extras and all the crew members and everything. So the first few times we did it, she did it kind of weak. It was a little tepid.”

Reiner then told her, “‘Look, let me show you what I want’ after a few takes that weren’t so good. I sat down opposite Billy… and I’m sitting there pounding the table, doing the whole thing.”

Shortly after, the director said, “I realized, this is embarrassing, I’m having an orgasm in front of my mother.”

He was, of course, referring to the woman who actually uttered the now-famous line, “I’ll have what she’s having.” 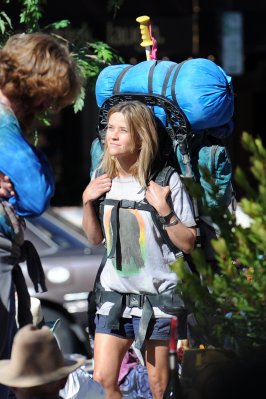 Watch: Here's the Trailer for Reese Witherspoon’s Wild
Next Up: Editor's Pick