A fireball flew through the Australian sky Thursday night.

The object, approximately the size of a small truck, was debris from a Russian Soyuz rocket, CNN reports. The rocket was launched Tuesday from a base in Kazakhstan.

The fireball was traveling at about 18,000 mph when it flew over Australia, wowing people in Melbourne.Most who saw the fireball assumed it was a meteor, spawning the social media hashtag #meteor.

Even Melbourne’s Lord Mayor joined in by retweeting an image of the fireball.

Twitter user Katharine Nicholson was not so impressed tweeting, “so typical of that #meteor to go to Sydney & Melbourne, but snub #Adelaide.”

“What you are seeing in that fireball is it slowing down really fast. It’s belly-flopping on the world’s atmosphere at 18,000 miles an hour,” Jonathan McDowell, an astronomer at the Harvard-Smithsonian Center for Astrophysics, told CNN.

Fireballs are “not usually seen because most of the Earth is either ocean —or very sparsely inhabited. And of course, if it comes down in the daytime, you may not notice as easily,” McDowell said. 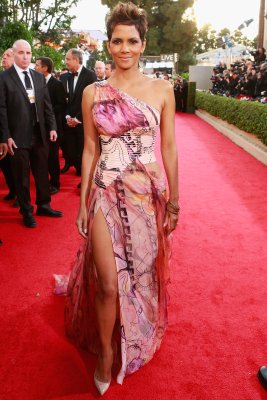 Halle Berry Is Right: Aliens Are (Probably) Real
Next Up: Editor's Pick