Amazon has formally asked regulators permission to test its controversial and much-hyped delivery drones in outdoor areas near Seattle. The move, made in a letter posted to the Federal Aviation Administration’s website Thursday, escalates an ongoing debate about the safety of commercial drones and privacy concerns associated with the technology. In its July 9 letter from Amazon’s head of global public policy Paul Misener, the company said drone delivery will one day be “as normal as seeing mail trucks on the road today,” Reuters reports. Amazon CEO Jeff Bezos unveiled the company’s still-in-development “Prime Air” drone delivery service on the 60 Minutes television program last year but said it was still about five years away from actual implementation. The company has been conducting delivery drone test flights indoors and in other countries, but now Bezos wants to conduct tests in the open air, according to the letter. “Of course, Amazon would prefer to keep the focus, jobs and investment of this important research and development initiative in the United States,” the company said in its letter. The U.S. government has designated six sites where tests can be conducted for commercial drone applications—in Alaska, Nevada, New York, North Dakota, Texas and Virginia—but such tests are currently prohibited in the Seattle area, where Amazon is based. 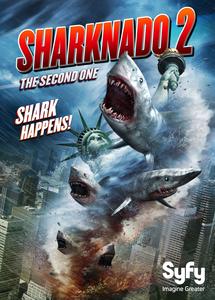 Here Comes the Sharknado Video Game You Secretly Kind of Wanted
Next Up: Editor's Pick