The U.S. Has Good Reason to Be Fed Up With China’s Economic Policy

No one expected big breakthroughs from the latest round of the annual U.S.-China Strategic and Economic Dialogue, held this week in Beijing. But the results didn’t even meet those lowly expectations. After two days of talks with Chinese officials, U.S. Treasury Secretary Jacob Lew left empty-handed. A much-coveted but long-discussed treaty to boost investment between the two countries only inched forward. Nor did China offer firm commitments to further liberalize its currency — an issue of great importance to Washington. That apparently left Lew searching for something positive to say to his Chinese hosts. “The commitments China has made here in Beijing over the past two days reflect the economic reform goals set forth” previously, Lew said on Thursday, “and we look forward to future progress.”

Washington has been waiting for progress for quite a while. U.S. officials have been repeatedly pressing Beijing to open markets wider to American companies, improve the protection of intellectual property, and make the economy more transparent and market-oriented. But in return, Washington just gets vague pledges and expressions of caution. Meanwhile, the two continue to bicker over trade practices — most notably these days, Washington’s punitive tariffs on Chinese solar panels. The stalemate in economic ties between the U.S. and China is symbolic of the greater strain between the two nations. China has responded angrily to U.S. charges that its military cyberspies on American companies, while officials from both sides have exchanged hostile barbs over China’s territorial disputes with Japan and other neighbors. Relations between the U.S. and China are arguably at their lowest point in years.

That’s bad news. What happens between the world’s two largest economies has ripple effects around the world. Each country, furthermore, needs the other for its own economic growth. U.S. companies require access to Chinese consumers to keep their profits growing, while China badly needs advanced U.S. technology to upgrade its industry. Still, the two sides often look upon each other warily. As China’s clout increases, the U.S. is frustrated that Beijing is not making the Chinese economy more open or playing by the perceived rules of international commerce. Beijing’s policymakers get upset when Washington badgers them on reforms they consider none of America’s business.

But the U.S. has good reason to be annoyed. Many of the issues that matter to Washington have been dragging on interminably with no resolution in sight. Take, for instance, the sticky issue of China’s currency, the yuan. Washington has complained for many years that Beijing manipulates the value of the yuan to promote its own exports, and during this week’s meetings, Lew again pressed his Chinese counterparts to make the process by which it is valued more market-driven. Though I have written on many occasions that the U.S. has exaggerated the impact the yuan’s value has had on the country’s trade deficit with China, Lew has a right to be fed up with the slow pace of change. The Chinese have been blabbering about allowing market forces to determine the yuan’s exchange rate for ages, and the reform is considered an integral part of China’s greater goal of liberalizing capital flows in and out of the country. But the government still wields tremendous influence over the direction of the yuan — a degree of control is has been reluctant to relinquish, promises aside. In this week’s meetings, China offered only more excuses. “If we move too fast, we will be tripped by the demons of details,” Chinese Vice Premier Wang Yang cryptically responded to Lew. Instead, Wang said Beijing was looking for “balance.”

“Balance,” however, has become Beijing-speak for “do nothing.” Currency reform is only one of many changes Chinese policymakers have promised, but never seem to implement. President Xi Jinping and his team have pledged to liberalize markets, fix the financial sector and allow private businessmen a bigger role in the economy. Economists swooned over a bold policy document released in November that committed the leadership to a sweeping reformation of China’s economic system. No one should expect such major changes to happen overnight, of course. But the fact is we’re still waiting for the process to really get started. Meanwhile, the Chinese economy is facing a host of unresolved problems that threaten its future. Growth has slowed, debt has mounted to dizzying levels, the financial sector is fundamentally flawed, and a property bubble appears to be bursting.

What Lew wants to see from China is a true effort to overhaul an economic model that is badly broken. That would be good for China, the U.S., and everybody else. 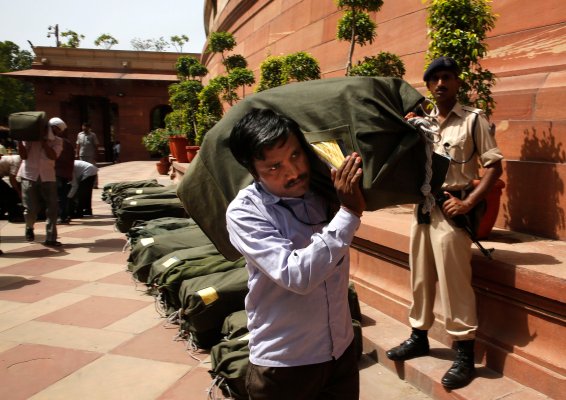