It might sound like a far-fetched project, but Sonja Heikkilä, a transportation engineer whose master thesis inspired the new model, says that young adults nowadays are more concerned about affordable and convenient commutes. “A car is no longer a status symbol for young people,” Heikkilä told the Helsinki Times.

Under the new system, city dwellers would be able to plan their journeys and pay fares ahead of time via their smartphones, which would aggregate several transportation options — like ferries, buses, trains, carpools, shared bikes and taxis — into one app, and come up with the most efficient route.

A report in the Guardian said the service would be like “popular transit planner Citymapper fused to a cycle hire service and a taxi app such as Hailo or Uber, with only one payment required.”

The new system will be piloted this year in Helsinki’s Vallila neighborhood.

This isn’t the first time that the Finns have taken steps to create environmentally conscious transportation. Last year, the Helsinki Regional Transport Authority rolled out Kutsuplus, an on-demand minibus system, which aggregates the destinations of everyone sharing the vehicle into the most efficient route, again using smartphones. The service works out to be more expensive than a regular bus but cheaper than a taxi.

The greatest challenge facing the new plan is making it accessible to all, given that it requires everyone to use a smartphone and be willing to pay higher prices than what they pay for current public transportation. Heikkilä also admits that it might be difficult for the older generation to give up their cars. “Change comes gradually,” she says. 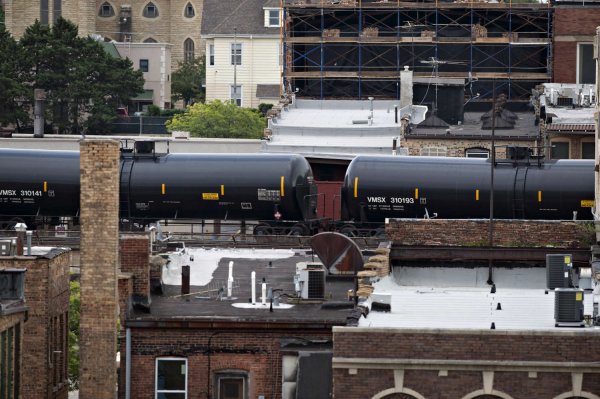 After Deadly Disaster, Fears Rise About Shipping Oil by Rail
Next Up: Editor's Pick