Narendra Modi and his Bharatiya Janata Party (BJP) rode into office in May on a tidal wave of support created by hopes he would revive India’s stumbling economy. India, once one of the world’s best-performing emerging economies, has witnessed growth shrink under 5% — too low to rescue the hundreds of millions of countrymen still trapped in desperate poverty. Business leaders have had high expectations that Modi would push ahead with the long-stalled but painful reforms necessary to restart the country’s economic miracle.

In his first major policy pronouncement, however, Modi indicated change would come — but slowly. On Thursday, Modi’s Finance Minister, Arun Jaitley, presented the new government’s budget in Parliament in New Delhi. Indian budgets are considered a bellwether for the direction of economic policy. What emerged was a very gradualist approach, with some encouraging tidbits, but no signs Modi is in a big rush to remake the Indian economy. In his speech, Jaitley said the budget was “only the beginning of a journey” to bring growth back up to 7% to 8% over the next three to four years. “It would not be wise to expect everything that can be done or must be done to be in the first budget,” he said.

Investors got some items on their wish list. The government pledged to open the defense and insurance industries wider to foreign investors, bring down the budget deficit more rapidly, press ahead with much needed tax reform, improve the country’s inadequate infrastructure and support manufacturing to create more jobs. Jaitley also promised an overhaul of costly food and fuel subsidies, which are a huge burden on the strained budget, to make them “more targeted” on the most needy.

Yet for a government that has pledged to control spending and unleash the country’s growth potential, the budget was still puffed up with plenty of populist pork. The budget reiterated Modi’s campaign pledge to provide toilets for all. Jaitley also decided to maintain the previous administration’s expensive and controversial program to guarantee jobs for rural workers, though he suggested its oversight would be strengthened to ensure funds got utilized more wisely. On other issues, Jaitley seemed to fudge a bit. Widely criticized efforts by the previous government to impose retrospective taxes scared foreign investors, and though Jaitley said the Modi administration would limit any such taxes and “provide a stable and predictable taxation regime that would be investor-friendly,” he didn’t emphatically close the door on them, either.

The most disappointing aspect of the Modi budget is that it was no bold statement that a new era of economic policy was coming. Details on many of Jaitley’s proposals were sparse. For example, he did offer many specifics on such key issues as reducing subsidies. Other important reforms weren’t addressed, such as loosening up the country’s restrictive labor laws, which hurt job creation. “Nothing that was announced today marks this government out as being significantly different from the last,” complained Mark Williams, chief Asia economist at research firm Capital Economics. “If market enthusiasm for Mr. Modi’s government is to be sustained, that will have to change.”

Ultimately, though, Modi’s incremental methods may be simply good politics. Even though Modi scored a landslide victory in the last election, many of the reforms most critical to the economy are certain to face stiff opposition. If he charges ahead too quickly, his entire reform effort could get derailed. Modi has already been forced to reverse course on one of his initial reforms. In late June, Modi partially rolled back a hike in train fares aimed at putting the strapped railway system on a stronger financial footing after protests erupted and the BJP’s political allies objected.

At the same time, Modi has to play a delicate political game. If he moves too slowly on reform, growth won’t improve, and his support could suffer. Fixing India’s economy will take a huge amount of political will. We’re still waiting to see if Modi has it. 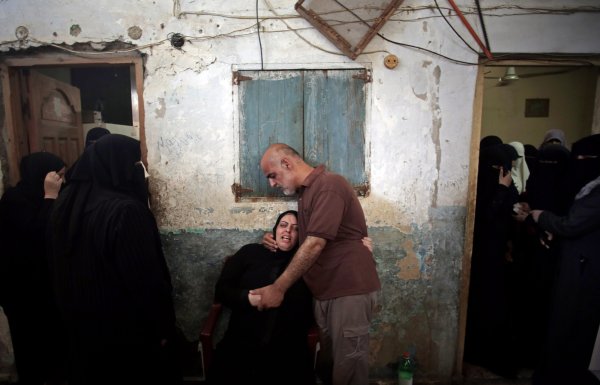