From politicians’ fraudulent expenses to phone hacking, Britain has become surprisingly scandal-strewn in recent years, but the latest reputational cyclone to sweep across its shores is casting an especially dark light: pedophilia in high places.

Newspapers and TV bulletins have been dominated for the past week by allegations that politicians with links to Margaret Thatcher’s government sexually abused vulnerable children in the 1980s and hid the truth for decades through their “chumocracy.” Suspicions of an establishment cover-up involving government departments, Scotland Yard and other elements of the establishment intensified in recent days when the law-and-order ministry, the Home Office, confirmed dozens of potentially-relevant files alleging sexual misconduct had gone missing from its archives.

The allegations—which centre around the suggestion that politicians of all parties and other VIPs preyed on children at a guest house in the London suburb of Barnes—have been given greater credence because in the past two years a string of national figures have been exposed as predatory pedophiles.

Most notoriously of all, Sir Jimmy Savile, a BBC children’s television presenter feted by the Royal Family and Downing Street, abused 450 victims, mostly boys and girls as young as eight over 50 years. While Savile had long been seen as odd, the scale of his offenses shocked the country, not least because he was allowed special access to hospitals and the authorities laughed at or ignored his victims, before he died a national hero. An ensuing police inquiry, Operation Yewtree – which has arrested 18 TV presenters, comedians, disc jockeys and other showbusiness associates – last month jailed fellow BBC children’s presenter Rolf Harris for indecent assaults dating back decades, on girls as young as 8.

Into this febrile atmosphere, Tom Watson, a Labour Party lawmaker, told the House of Commons in October 2012 that police should “investigate clear intelligence suggesting a powerful pedophile network linked to Parliament and Number 10.” Newspaper columnists suggested Watson – whose campaigning on phone hacking contributed to the downfall of the Prime Minister communications director Andy Coulson ­– was stoking a “witch-hunt.” But as a result of Watson and online news agency Exaro’s investigations, Scotland Yard launched Operation Fernbridge, an inquiry into the now-notorious Elm Guest House.

One confirmed visitor through its front door was Cyril Smith, a jovial 406-pound Liberal MP who was shown after his death to have been a serial abuser of boys at a local authority care home in his home town of Rochdale. Private Eye investigative magazine has suggested that Special Branch, the UK’s national security police, halted police inquiries into Smith in the 1970s to prevent the collapse of the Liberal-Labour coalition government. Attention then swept back to its successor government. In 1983, the far-right Conservative MP, Geoffrey Dickens, compiled a 40-page dossier alleging pedophilia among Westminster politicians and gave it to the Home Office and Attorney General’s Office. This year, the Home Office discovered that 114 files potentially relevant to historic allegations of sexual abuse, including the Dickens dossier, had gone missing.

A year ago Lord Brittan, the Home Secretary to whom Dickens handed his dossier, told reporters he could not recall anything about it. But last week following the intervention of another campaigning MP in Parliament, Lord Brittan issued a statement remembering that he had received the dossier and had asked his officials to study its contents. Over the weekend it emerged that Lord Brittan had been interviewed as a suspect in the rape of a 19-year-old in 1967; an allegation he dismissed as “wholly without foundation.”

On Monday, Home Secretary Theresa May announced an inquiry into the failures of the authorities to protect children. To the dismay of many, she then said it would be led by Dame Butler-Sloss, a respected family judge but also the sister of the late former Attorney General Michael Havers, who was passed a copy of the Dickens dossier, and who decided not to prosecute a diplomat for exchanging obscene material with members of a pro-pedophilia group.

What does all this mean for Britain?

A new openness among police and prosecutors has led to the number of sexual offenses recorded by police jumping 17% in a year; Britain’s jails are bursting partly as a result of “historic sex abuse cases.“

More high-profile prosecutions of pedophilia may shock the country; according to one whistleblower, allegations of sexual abuse have been made against 20 VIPs. Much will hinge over the next two years on the new inquiry, which, conveniently for politicians, will not be public until after the 2015 general election.

For now the scandal is likely to increase the public’s jaundiced view about politics and public life in the UK. Research last year found that political engagement was low and trust in institutions had been damaged by the MPs’ expenses scandal, interest-rate fixing and other controversies. Disaffection with the three main political parties helped the far-right United Kingdom Independence Party, which wants to withdraw from the European Union, win the 2014 European Parliament elections.

In the case of the Westminster “pedophile ring,” the mounting sentiment that Britain’s establishment serves its own interests and conceals its wrongdoing may be well founded. Until recently only seven police officers were working on Operation Fernbridge; Scotland Yard announced today the figure is now 22.

Martin Hickman is a freelance journalist in London. 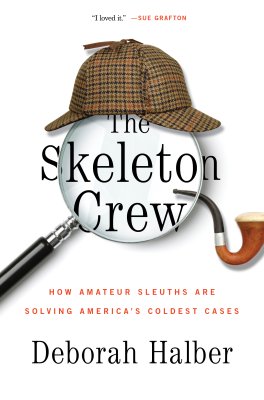 How to Solve a Murder With Just Your Computer
Next Up: Editor's Pick