This is one of the disputed Senkaku Islands, controlled by Japan but sought by China
Asahi Shimbun/Getty Images
By Mark Thompson

Sometimes, the delicacies of diplomacies require lying. Or, as the foreign-service set puts it, diplomacy.

“Let me emphasize to you today: the U.S. does not seek to contain China,” Secretary of State John Kerry said Wednesday at the two-day China-U.S. Strategic and Economic Dialogue in Beijing.

That was hard to square with the headline atop a story in Thursday’s Financial Times newspaper: Pentagon plans new tactics to deter China in South China Sea. U.S. officials say increased air and sea patrols in the region should be expected as part of President Obama’s “pivot” to the Pacific.

Neither Washington nor Beijing can get all it wants.

“The U.S. has carved out a limited number of steps that it is willing to take to signal the Chinese that the U.S. has an interest in preventing coercion, and in trying to compel a peaceful resolution of disputes,” says Bonnie Glaser, a Chinese military expert at the Center for Strategic and International Studies.

The U.S. wants to keep playing the key cop in the western Pacific, a beat it has sailed since World War II. It wants to preserve the status quo. Many nations in the region appreciate the U.S. military presence, given their bloody histories with the Middle Kingdom.

But China has made clear it has expansionist aims, as its economy grows and it seeks small islands, reefs and atolls long claimed by Japan, the Philippines and other neighbors. Any one of these claims could spark shooting that could trigger war.

Thomas P.M. Barnett, a former Pentagon official and now the chief analyst at the private Wikistrat intelligence firm, says the U.S. needs to raise the price for such Chinese mischief. “Every great power goes through its reckless `teenage years,’” he says. “Beijing will persist in these 19th century behaviors for some time, but it needs to be educated—as unimperiously as possible—that such tactics come with great costs in the 21st-century interdependencies that define globalization.”

The Obama Administration has been making that clear. “In recent months, China has undertaken destabilizing, unilateral actions asserting its claims in the South China Sea,” Defense Secretary Chuck Hagel said in Singapore in May. “It has restricted access to Scarborough Reef, put pressure on the long-standing Philippine presence at the Second Thomas Shoal, begun land reclamation activities at multiple locations, and moved an oil rig into disputed waters near the Paracel Islands…we firmly oppose any nation’s use of intimidation, coercion, or the threat of force to assert those claims.”

Yet despite Kerry’s claim that “the U.S. does not seek to contain China,” the U.S. has made clear it is willing to go to war to keep China from gaining control of what Japan calls the Senkaku islands, known in China as the Diaoyus. The stakes, in terms of geography, could hardly be smaller: the Senkakus consist of five uninhabited islets and three barren reefs in the East China Sea. But they’re surrounded by waters rich in fish, natural gas and oil.

The Chinese claim Japan stole the islands from them in 1895, based on ancient texts and maps suggesting the islands were theirs; Japan says they were unclaimed by any nation when it took them over. Nationalists in each country insist they belong to their side. Tensions over the islands’ fate have been steadily rising, and spiked in 2012 after Japan’s government bought three of the islands from a Japanese family.

U.S. officials repeatedly stress they have no opinion on the islands’ “ultimate sovereignty.” China is well aware of such American ambiguity. But Hagel said last fall the U.S. is willing to go to war to preserve Tokyo’s control over them: “Since they are under Japan’s administrative control, they fall under United States treaty obligations to Japan.”

Given that U.S. pledge, it may be easier to understand Beijing’s leeriness toward Kerry’s claim the U.S. doesn’t seek to contain China. 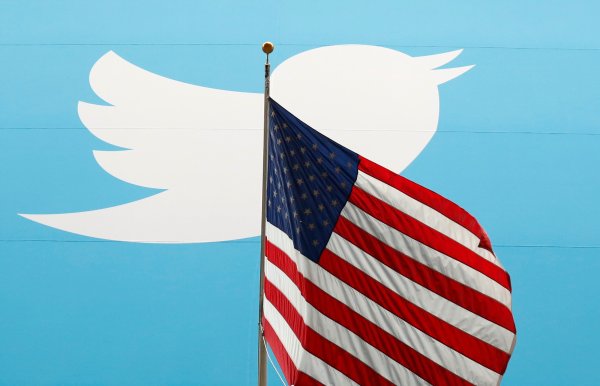 U.S. Military Sends Scouting Party Into the Twitterverse
Next Up: Editor's Pick