Is television streaming service Aereo actually “over,” as its top investor, Barry Diller, put it after a seemingly devastating blow at the Supreme Court last month? Maybe not. The company has embraced a new legal argument it hopes can help it stave extinction.

In a letter to a lower court judge Aereo is, for the first time, arguing that it’s a cable company. Neither Aereo nor the broadcasters made that claim before the Supreme Court. Aereo is only bringing it up now because the company’s lawyers have spotted a window, however small, opened by the decision that most regarded as a death knell for the company.

While the Supreme Court never directly said that Aereo is a cable company, it came close to doing so, finding that Aereo “is for all practical purposes a traditional cable system.” Aereo is essentially saying “that’s good enough for us.” But the New York City-based company is making that argument very selectively, taking advantage of two laws’ differing definitions of what exactly a cable company is.

In Aereo’s letter to the lower court judge, it’s only arguing that it’s a cable company in terms of the Copyright Act, and thus “entitled to a compulsory license.” Getting such a license would also neatly address the broadcasters’ initial suit that resulted in the Supreme Court decision. If Aereo receives a compulsory license under the Copyright Act, it would no longer be infringing upon the broadcasters’ copyrights, as the Supreme Court found that it was. “[Aereo is] just trying to get around at least the copyright infringement claim being brought in this lawsuit by saying, ‘Okay, we’re going to apply for a compulsory license,'” says Bruce Boyden, Assistant Professor of Law at Marquette University Law School.

But Aereo’s letter has another key feature: It makes no mention of the Telecommunications Act whatsoever. That means Aereo’s performing a potentially brilliant bit of legal ju-jitsu by trying to take advantage of the two laws’ different definitions of a cable company. It wants to be seen as a cable company to the Copyright Act to get access to the compulsory licenses, but not as one to the Telecommunications Act, which would bring about FCC regulation and require it to pay retransmission fees to broadcasters. When asked if this is indeed Aereo’s new strategy, a spokesperson for the company told TIME simply to “refer to Wednesday’s filing,” which “should answer [the] question.”

Crucially, the Copyright Act’s compulsory licenses would in all likelihood be cheaper than the Telecommunication Act’s fees, meaning that if this all works, Aereo might just survive economically as well as legally.

“It depends on the number of subscribers they have … but I think it’s fair to say [compulsory licenses cost] less than what you’d pay for retransmission consent,” says John Bergmayer, a senior staff attorney at Public Knowledge, an intellectual property advocacy group.

Aereo’s new strategy “could come out any number of ways,” says Bergmayer, who added that any judge involved will have to carefully navigate the murky waters between the Telecommunications Act and the Copyright Act’s differing definitions. But Aereo is facing long odds: While it insists the Supreme Court called it a cable company, the Court’s decision failed to specifically “hold that [Aereo is] a cable system under [the Copyright Act],” Boyden says, meaning a judge might not accept Aereo’s argument.

On top of that, the Second Circuit actually faced a similar case several years ago, eventually deciding that a similar streaming company, ivi, didn’t qualify for the Copyright Act’s licenses—a decision the Supreme Court let stand. Aereo is a slightly different case—ivi streamed to all customers regardless of their geographic location, while Aereo took pains to limit streaming to spots where people could already receive broadcasters’ over-the-air transmissions for free. Aereo actually says the Supreme Court decision against it overturned the lower court’s ivi decision, but, as Boyden argues, “there’s nothing directly in the Aereo Supreme Court decision saying [ivi] is reversed, so I think the district court judge will be bound by ivi to say (to Aereo), ‘no, you don’t qualify.'”

Still, there’s nothing like a company performing a last-minute legal hail-mary pass to try and stay alive. Or, as Boyden put it in a football analogy of a different flavor: “[Aereo] is in stoppage time, they’re one goal down, they need a goal to tie.” 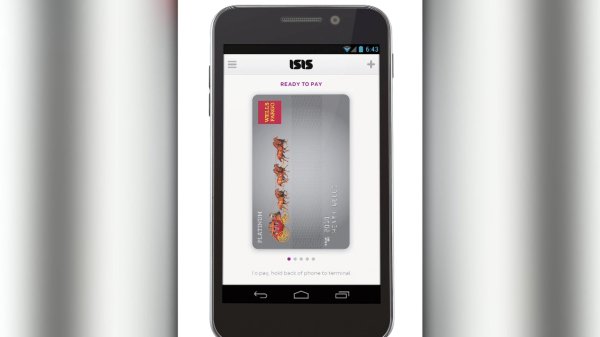 A Brief History of Company Name Changes
Next Up: Editor's Pick