Girl 'Cured' of HIV Has Relapsed

A 4-year-old girl believed to have been cured of HIV showed detectable levels of the virus, federal officials said Thursday in a blow to anti-HIV efforts.

The Mississippi girl had been off of antiretroviral therapy for more than two years, and doctors believed that she could serve as a model for eradicating HIV in babies born with the virus.

But on Thursday, the National Institute of Allergy and Infectious Diseases said that researchers had found detectable HIV levels in the girl this month.

“Certainly, this is a disappointing turn of events for this young child, the medical staff involved in the child’s care and the HIV/AIDS research community,” Anthony Fauci, director of the National Institute of Allergy and Infectious Diseases, said in a statement.

The girl was born with HIV, and doctors administered anti-AIDS therapy nearly immediately after her birth and continued with the treatment for months. After the girl and her mother missed several treatment appointments, doctors found that the girl was still HIV-free — leading them to believe that the early treatment may have successfully eliminated the virus. Still, experts say they knew a relapse was a possibility.

Since HIV was detected in the girl this month, doctors have resumed treatment. But despite her relapse, researchers say her case still provides a valuable understanding of early HIV treatment.

“The case of the Mississippi child indicates that early antiretroviral treatment in this HIV-infected infant did not completely eliminate the reservoir of HIV-infected cells that was established upon infection but may have considerably limited its development and averted the need for antiretroviral medication over a considerable period,” Fauci said in a statement. “Now we must direct our attention to understanding why that is and determining whether the period of sustained remission in the absence of therapy can be prolonged even further.” 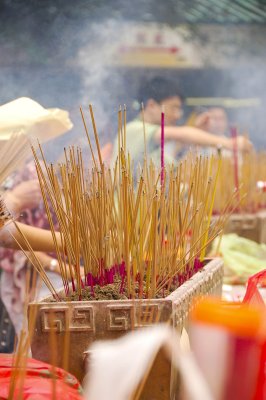 Study Says This Scent Can Heal Wounds
Next Up: Editor's Pick