Got buffering problems? It’s all Netflix’s fault, says Verizon. The Internet Service Provider published a lengthy blog post Thursday arguing that Netflix’s mismanagement of its video streaming traffic has led to slower speeds for users. It’s the latest salvo in a months-long public relations battle over who should pay for Internet traffic.

Following users’ complaints about slow speeds, Verizon says it studied congestion across many points in its network using a test case in Los Angeles. The company looked at both the point where content is delivered into users’ homes and the interconnection points where transit providers deliver data from content companies like Netflix to consumer-facing ISPs like Verizon. For most content delivered to Verizon’s network, there was no congestion. However, Netflix content approached 100% capacity during peak utilization hours, which can lead to slower buffering speeds for end users.

According to Verizon, Netflix is to blame for this because the company didn’t reserve enough capacity, either through the transit providers or through Verizon directly, to accommodate the massive amount of video traffic it sends out on a daily basis.

“For whatever reason (perhaps to cut costs and improve its profitability), Netflix did not make arrangements to deliver this massive amount of traffic through connections that can handle it,” Verizon said in its blog post. “Netflix knew better.”

Netflix countered in a statement of its own, saying that ISPs are responsible for controlling congestion levels on their networks.

“When Verizon fails to upgrade those interconnections, consumers get a lousy experience despite paying for more than enough bandwidth to enjoy high-quality Netflix video,” a Netflix spokesman said in an email. “That’s why Netflix is calling for strong net neutrality that covers the interconnection needed for consumers to get the quality of INTER-net (sic) they pay for.”

Netflix has been advocating for months that video providers should not have to pay fees to ISPs to deliver their content efficiently (even though Netflix has in the past paid third parties such as Cogent for this service). The streaming service has tried to conflate the issue with net neutrality, arguing that such fees amount to a toll ISPs can use to prioritize certain Web-based services above others. ISPs such as Verizon and Comcast have pushed back, saying that Netflix and its customers should foot the bill for delivering its massive video traffic, not all the subscribers of a particular ISP.

For now, Netflix has agreed to pay both Verizon and Comcast fees to boost buffering speeds for customers. And the streaming service has abandoned an earlier strategy to blame Verizon directly within its app for slow streaming speeds. The Federal Communications Commission will likely be the final arbiter on who is to blame for slow buffering — the agency is currently investigating the dispute between Netflix and ISPs and may provide guidance on the issue when it drafts new regulations for net neutrality later this year. 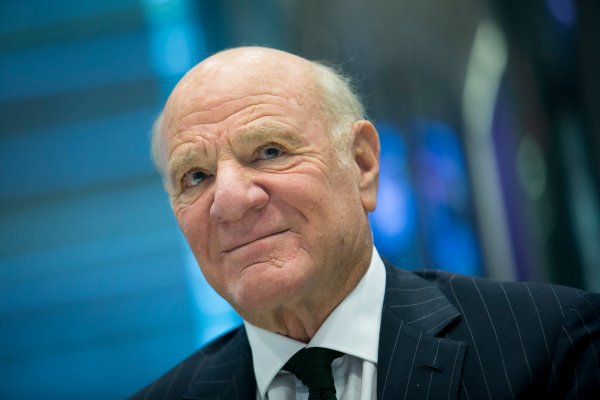 Aereo Backer: 'It's Over Now'
Next Up: Editor's Pick