A picture shows an Ipad with an "Amazon" logo on November 13, 2012 in Paris.
LIONEL BONAVENTURE—AFP/Getty Images
By Dan Kedmey

The Federal Trade Commission filed suit against Amazon on Thursday, alleging that the company allowed children to rack up “millions of dollars” worth of in-app purchases on its tablet devices without obtaining parents’ consent.

The FTC says that Amazon’s children’s games for the Kindle Fire tablets, available for download through Amazon’s app store, enabled children to spend “unlimited” sums of money on virtual items within the game, such as coins, stars or acorns. The FTC alleges that the in-app purchases “blurred the line between what costs virtual money and what costs real money.”

“Even Amazon’s own employees recognized the serious problem its process created,” FTC Chairwoman Edith Ramirez said in a statement. The FTC highlighted one internal communication in which an Amazon employee likened the growing chorus of customer complaints to a “near house on fire.”

The lawsuit comes one week after Amazon vowed to challenge the FTC in court. The online retailer rejected a settlement deal, arguing that it had already responded to customer complaints by setting up a passcode for purchases and offering refunds.

“Parents can say — at any time, for every purchase that’s made — that a PIN is required,” said Amazon spokesman Craig Berman, the Associated Press reports. 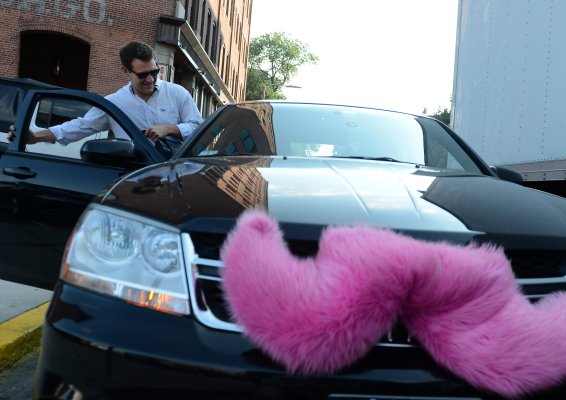 NYC to Lyft Drivers: We May Impound Your Car
Next Up: Editor's Pick