Laverne Cox in a scene from Netflix’s “Orange is the New Black” Season 2.
Jojo Whilden—Netflix
By Lily Rothman

The nominations for this year’s Emmy awards — which were announced this morning — may surprise some viewers, and not just because Orphan Black got snubbed. In the guest actor/actress categories, there are a few people who seem pretty much the opposite of “guests” on their shows. For example: Orange Is the New Black‘s crucial Laverne Cox (as Sophia Burset), Natasha Lyonne (as Nicky Nichols) and Uzo Aduba (as Crazy Eyes), and Masters of Sex‘s Allison Janney and Beau Bridges (as Margaret and Barton Scully).

How are those actors in the same category as guests who show up in one or two episodes (like Paul Giamatti, who briefly appeared as Harold Levinson on Downton Abbey) or stop by to host for a night (like SNL‘s Jimmy Fallon, Louis C.K., Tina Fey and Melissa McCarthy)? After all, unlike those more obvious guests, the actors in question appear throughout the show’s run and interact regularly with the main characters, determining the way the plot will play out. Shouldn’t they be in the “supporting” category instead?

The reasons are invisible to many TV viewers.

First, there’s a contractual issue. According to the Emmy rules and procedures, the distinction between “supporting” and “lead” is one of character and the distinction between “guest” and “supporting” is one of contract. When signing on for a show, one of the questions an actor must consider is whether the role is officially regular or recurring, which can determine things like whether your name is mentioned in the credits. A guest or recurring role might be just as important as a regular role, but there are differences behind the scenes. In other words, the producers get to decide based on an actor’s role whether a regular character is supporting, but a guest is a guest is a guest. The rules specify that if the performer’s contract is a guest-star contract, he or she must enter the guest category “without regard to the number of episodes he/she appeared in.” No matter how much of a star someone may seem within the show’s context, “star” has a legal definition too and they don’t fit in.

And then there the Emmy eligibility dates. This year’s Emmys are looking at June 1, 2013 – May 21, 2014. In the case of Orange, that means we’re talking about the long-ago first season, during which a mere half dozen of the actors and actresses from the show were series regulars.

So there you go. Calling Crazy Eyes a guest on Orange Is the New Black isn’t an insult to her importance to the show, but rather a necessity that was set in motion as soon as Aduba signed her contract with Netflix. However, in the case of Orange, that also means next year’s nominations might look a bit different: Uzo Aduba and Natasha Lyonne were both already promoted to series regulars for season two, and this summer has seen several more actresses promoted in advance of season three. 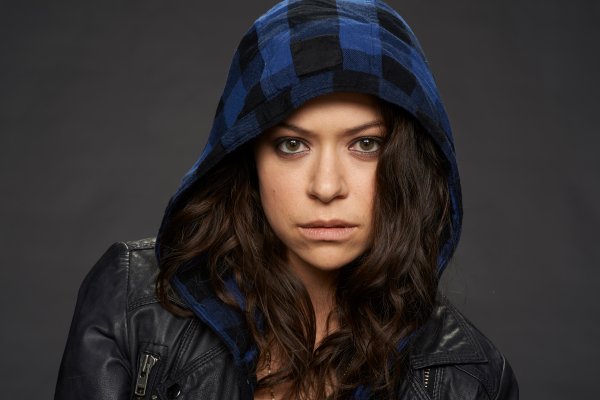 James Poniewozik: The Emmys Stay Behind the Times
Next Up: Editor's Pick