Israel Says 6 Rockets Fired at It Every Hour

Over the last three days, 401 rockets have been fired into Israel from the Gaza Strip, according to a military spokesman.

Israeli Defense Forces (IDF) spokesperson Peter Lerner told TIME that since 8pm local time Monday, rockets have been entering Israel at a rate of around six every hour.

In response, Israel has ramped up its assault on Gaza, striking 60 targets since the early hours of Thursday. “Israel has hit approximately 800 targets since the operation began,” a second IDF spokesperson told TIME. “These include underground terror tunnels, terror infrastructure and military compounds.”

The Palestinian Ministry of Health said Thursday that 81 Gaza citizens have been killed as a result of the recent conflict. Included in this toll are 15 women and 22 children.

Israel has suffered no reported fatalities and only a few injuries. The IDF credit this in part to their Iron Dome defense system which their spokesperson called “a literal lifesaver”. Iron Dome has intercepted 70 rockets since the beginning of the operation.

The ongoing conflict between Israel and Palestine has intensified this week after the bodies of three Israeli teenagers, missing for over two weeks, were found dead on June 30. Israel has blamed Hamas for their deaths but the Islamist group has neither confirmed nor denied the charge.

In apparent retaliation, a group of Israeli men abducted and killed Palestinian teenager Abu Khdair on July 2. His death sparked days of violent protests between the Palestinian youth and Israeli police.

Amidst these deaths, Islamist groups increased rocket fire into Israel, prompting the Israeli military to retaliate. The escalating conflict has ended years of relative calm in the region. 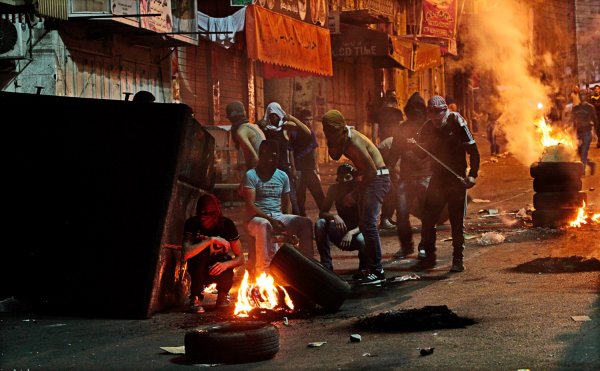 Going to Extremes in Gaza
Next Up: Editor's Pick