It’s widely known that more than half of all corporate mergers and acquisitions end in failure. Like many marriages, they are often fraught with irreconcilable cultural and financial differences. Yet M&A activity was up sharply in 2013 and reached pre-recession levels this year. So why do companies keep at it? Because it’s an easy way to make a quick buck and please Wall Street. Increasingly, business is serving markets rather than markets serving business, as they were originally meant to do in our capitalist system.

For a particularly stark example, consider American pharmaceutical giant Pfizer’s recent bid to buy British drugmaker AstraZeneca. The deal made little strategic sense and would probably have destroyed thousands of jobs as well as slowed research at both companies. (Public outcry to that effect eventually helped scuttle the plan.) But it would have allowed Pfizer to shift its domicile to Britain, where companies pay less tax. That, in turn, would have boosted share prices in the short term, enriching the executives paid in stock and the bankers, lawyers and other financial intermediaries who stood to gain about half a billion dollars or so in fees from the deal.

Pfizer isn’t alone. Plenty of firms engage in such tax wizardry. This kind of short-term thinking is starting to dominate executive suites. Besides tax avoidance, Wall Street’s marching orders to corporate America include dividend payments and share buybacks, which sap long-term growth plans. It also demands ever more globalized supply chains, which make balance sheets look better by cutting costs but add complexity and risk. All of this hurts longer-term, more sustainable job and value creation. As a recent article on the topic by academic Gautam Mukunda in the Harvard Business Review noted, “The financial sector’s influence on management has become so powerful that a recent survey of chief financial officers showed that 78% would give up economic value and 55% would cancel a project with a positive net present value–that is, willingly harm their companies–to meet Wall Street’s targets and fulfill its desire for ‘smooth’ earnings.”

Some of this can be blamed on the sheer size of the financial sector. Many thought that the economic crisis and Great Recession would weaken the power of markets. In fact, it only strengthened finance’s grip on the economy. The largest banks are bigger than they were before the recession, while finance as a percentage of the economy is about the same size. Overall, the industry earns 30% of all corporate profit while creating just 6% of the country’s jobs. And financial institutions are still doing plenty of tricky things with our money. Legendary investor Warren Buffett recently told me he’s steering well clear of exposure to commercial securities like the complex derivatives being sliced and diced by major banks. He expects these “weapons of mass destruction” to cause problems for our economy again at some point.

There’s a less obvious but equally important way in which Wall Street distorts the economy: by defining “shareholder value” as short-term returns. If a CEO misses quarterly earnings by even a few cents per share, activist investors will push for that CEO to be fired. Yet the kinds of challenges companies face today–how to shift to entirely new digital business models, where to put operations when political risk is on the rise, how to anticipate the future costs of health, pensions and energy–are not quarterly problems. They are issues that will take years, if not decades, to resolve. Unfortunately, in a world in which the average holding period for a stock is about seven months, down from seven years four decades ago, CEOs grasp for the lowest-hanging fruit. They label tax-avoidance schemes as “strategic” and cut research and development in favor of sending those funds to investors in the form of share buybacks.

All of this will put American firms at a distinct disadvantage against global competitors with long-term mind-sets. McKinsey Global Institute data shows that between now and 2025, 7 out of 10 of the largest global firms are likely to come from emerging markets, and most will be family-owned businesses not beholden to the markets. Of course, there’s plenty we could do policy-wise to force companies and markets to think longer term–from corporate tax reform to bans on high-speed trading to shifts in corporate compensation. But just as Wall Street has captured corporate America, so has it captured Washington. Few mainstream politicians on either side of the aisle have much interest in fixing things, since they get so much of their financial backing from the Street. Unfortunately for them, the fringes of their parties–and voters–do care. 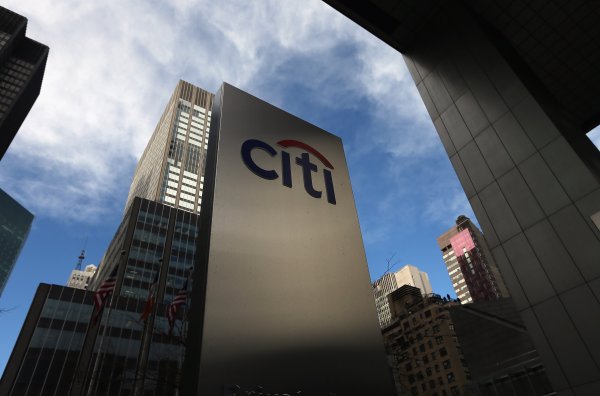