Six people died in a shooting Wednesday when a gunman opened fire at a home in suburban Houston, authorities said. Four children were among the victims, who prosecutors said had been tied up and shot in the back of the head.

Ronald Lee Haskell, 33, surrendered after a three-hour standoff with police Wednesday night and was booked Thursday for murder charges.

“It appears this stems from a domestic issue with a breakup in the family from what our witness has told us,” assistant chief deputy constable Mark Herman of the Harris County Precinct 4 constable’s office told reporters.

Constable Ron Hickman corrected an earlier report that Haskell was the children’s father, but confirmed he was a relative of the homeowners.

“He came to this location yesterday afternoon … and came under the guise of a FedEx driver wearing a FedEx shirt,” Hickman said in a news conference. “[He] gathered up the children that were here and awaited the arrival of the parents. Sometime later the victims were shot in this residence, and we now learned that Mr. Haskell was married to a relative of the residents of this home.”

Two adults and three children were found dead at the crime scene in the suburb of Spring, authorities told TIME. Another child died after being airlifted to a nearby hospital, officials said. A 15-year-old girl survived the melee with bullet fracture to the skull by playing dead. She told police that the shooter planned to target her grandparents next.

The suspect led law enforcement officers and SWAT team members a car chase late Wednesday. They later cornered the suspect before he surrendered several miles away from the scene of the initial shooting. Members of the Harris County Sheriff’s Office high-risk operations unit and hostage negotiation team spoke to the man prior to his surrender.

One resident who lives close to the scene of the crime said he was shocked by the tragedy. “I’ve lived here 20 years. It’s a very quiet neighborhood,” Wesley Carr told the Houston Chronicle. 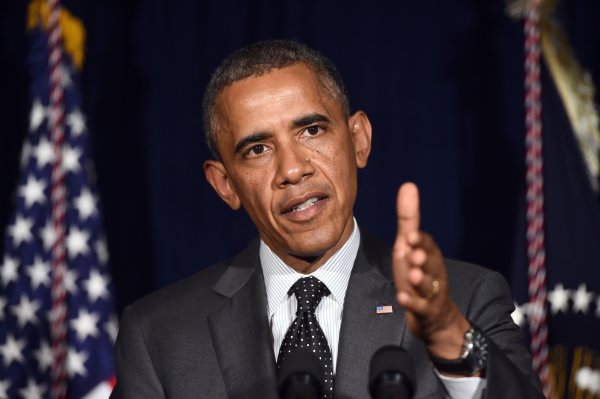