U.S. Students Fail to Make the Grade on Financial Literacy

American students’ level of financial literacy, in comparison to that of other country’s students’, is distinctly average. A recent study by the Organisation for Economic Co‑operation and Development revealed that more than one in six U.S. teens are unable to make simple, everyday choices about spending, and only one in ten can solve complex financial tasks.

The findings resulted from an assessment of teens’ financial aptitude in skills such as understanding a bank statement. The U.S. ranked between 8-12 out of 18 countries and economies, with a mean score of 492. The OECD found 17.8% of US students do not even reach the baseline level of financial proficiency, compared to 15.3% in other OECD countries. The highest-ranking country, Shanghai-China, had an average score of 603. Colombia ranked last with a mean of 379.

“Young people, to be successful, to secure retirement, to take care of their families, and to not be in poverty, have to have a level of financial literacy that 30, 40, 50 years ago maybe wasn’t required,” Duncan said at the event. “Today it’s an absolute necessity.”

Duncan thinks the solution lays in improved mathematics education, which the study found, along with reading, is very closely linked to financial literacy. Teachers can introduce pupils to the concept of financial responsibility in real world contexts such as explaining how investments and the stock market work.

Both Rogers and Duncan also mentioned the importance of looking at the issue by race. According to Rogers, African American and Latino workers have half as much saved for retirement as young white Americans, perhaps linking to the existing educational inequality issue of high-poverty and high-minority schools.

“There is never any one simple answer, but we are in this together,” Duncan said of finding a solution. “I think so many of the examples where other countries, in some areas, are frankly ahead of us, I think there are tremendous lessons that can be learned.” 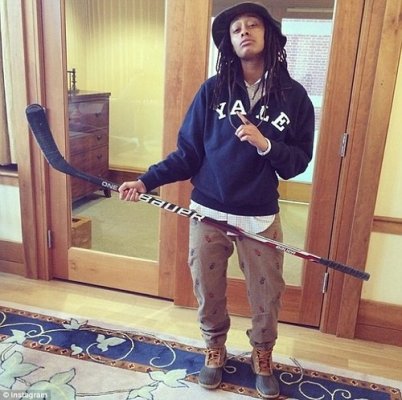 Maya Peterson: Why Lawrenceville Prep Needs a Jolt of Diversity
Next Up: Editor's Pick