What Do Kansas and Nebraska Have Against Small Libraries?

A newly built Little Free Library stands on an area between the sidewalk and the street near Southminster United Methodist Church in the Indian Village neighborhood of Lincoln, Neb., July 8. The city of Lincoln says it can't sit in a public right of way.
Matt Ryerson—Journal-Star/AP
By Josh Sanburn

The tiny library started out innocently enough. Built outside a church in Lincoln, Neb., it was one of about 25 free, barely-bigger-than-a-birdhouse-size book dispensaries that have sprung up in this Great Plains city. But that was before public officials said this particular library was a public hazard that violated a city ordinance. The city’s verdict: get rid of the library or we’ll do it for you.

“We were all envisioning the mayor pulling up in a Subaru and taking an axe to it,” says Barbara Arendt, who spearheaded the library’s construction. “We didn’t realize we were behaving egregiously.”

Mini libraries have been popping up around the country since 2009, when Todd Bol of Hudson, Wisc., built a model of a one-room schoolhouse and filled it with books to honor his mother, a former teacher. Rick Brooks, a former manager of continuing studies programs at the University of Wisconsin-Madison, saw the tiny library and teamed up with Bol to build more of them as a way to promote literacy. Their mission was to build 2,509 of what they called Little Free Libraries, the same as the number of normal-sized libraries endowed by the book-minded philanthropist Andrew Carnegie. The small libraries typically offer about two dozen titles, ranging from kids’ books to science texts. The only rule is that you can’t take a book without leaving one.

The project took off. As of January, the Little Free Library organization estimated there are some 15,000 tiny libraries around the nation. But as the seeds of this homegrown movement have sprouted, local red tape has become an obstacle.

“I like checking the little library to see what books have been taken and what new books are left,” Collins told the city council, according to Fox4KC. “I think free little libraries are good for Leawood and I hope you will change the code.”

(One resident called the libraries “eyesores” and said that changing the city’s codes and bylaws would “destroy Leawood.” The city council issued a moratorium until Oct. 20 to reevaluate the ordinance, and Collins has reopened his library.)

In November 2012, Whitefish Bay, a village outside Milwaukee, banned the tiny libraries because of a similar prohibition on front yard structures. After several months of criticism, the village board reversed its decision.

Most of the tiny libraries pop up without incident and Bol says the occasional zoning controversy tends to generate the sort of public outrage that benefits his cause.

In Lincoln, Arendt and the city appear to have reached a middle ground. Arendt has agreed to move the library away from a public right-of-way, defined as the grassy strip between the street and the sidewalk and typically off-limits for private structures. That area is generally left free for mailboxes and utility crews to access underground cables and pipes. In exchange, the city has said it won’t levy what could have been a $500 fine.

Miki Esposito, Lincoln’s director of public works and utilities, says the concern was over liability. Would the city be responsible if the library was damaged by utility workers or snowplows, which are known to knock down mailboxes in winter.

“We love these little libraries,” she says. “We think they’re adorable. We just want them to be placed properly.”

Esposito says the city has given Arendt a couple weeks to move the library. When that happens, she says city officials will have their shovels ready to help. 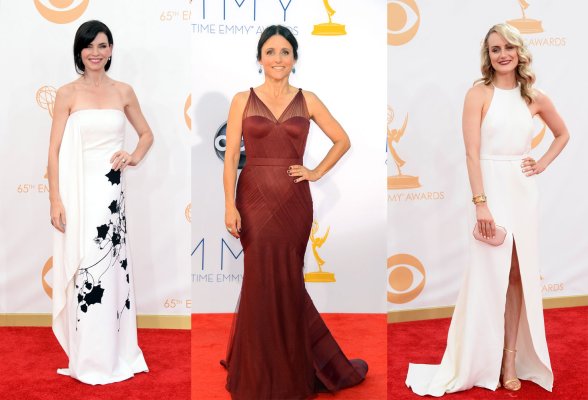 How Women Are Doing on TV, According to the Emmys
Next Up: Editor's Pick