New Orleans Looks to Turn the Page After Nagin Sentencing

When Ray Nagin first ran for mayor of New Orleans, he was elected by a broad coalition eager to see him fulfill his promise to tackle graft in a city notorious for corruption. Now, after being convicted of handing out the very favors he was elected to halt, Nagin was sentenced Wednesday to 10 years in prison on corruption charges—a judgment local political observers say will finally allow the city to move away from its corrupt past.

“Today marks the end of a sad chapter for our city,” current New Orleans Mayor Mitch Landrieu said in a statement to TIME. “The people of New Orleans are turning the page and moving forward.”

Landrieu is not the only New Orleans resident who hopes the sentencing will mark a fresh start for the city. Rafael C. Goyeneche, a local anti-corruption activist who played a role in Nagin’s conviction by helping collect evidence of the former mayor’s involvement in a bribery scheme, said that the conviction and sentencing of corrupt politicians in the wake of Hurricane Katrina means that “risks now exceed the rewards” for officials considering engaging in graft.

Rebuilding efforts after the 2005 hurricane created ample opportunity for corruption as firms bid for lucrative construction contracts to help repair razed portions of the city. “Before Katrina, public officials were more predisposed to commit criminal acts because they weren’t deterred,” said Goyeneche, president of the Metropolitan Crime Commission. “Now there’s a consequence. If you do betray the public trust, you’re more likely than ever to be held accountable and pay a dear price.”

Mike Sherman, a political science professor at nearby Tulane University, said that statements about moving New Orleans into a new era are more than just rhetoric, citing the creation of a new inspector general’s office and reforms to remove the mayor from the contracting process.

Goyeneche adds that public frustration with corruption moved authorities to act. “Before Katrina, people felt a sense of apathy,” he said. “They came back after the storm [and] the mindset became if we’re going to invest all of the time effort and money to rebuild this community, let’s not rebuild it in the image that it was but in the image that it needs to be.”

Still, while Nagin is gone for now, politicians have been known to rise from the political dead in Louisiana, where corruption and scandal seem as ubiquitous as voodoo dolls and Saints shirts. Former Congressman William Jefferson was reelected in 2006 despite a highly-publicized F.B.I. raid that found $90,000 in cash in the congressman’s freezer. And former Governor Edwin Edwards, who served eight years in prison on corruption charges, is now running for congress.

In spite of all this, Sherman believes that Nagin, for one, is done in politics. There’s “not a palpable sense that Nagin has any supporters left,” he said. 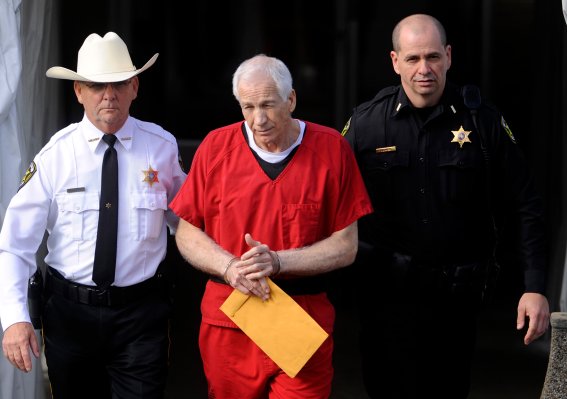