Though there are almost as many women as men in undergraduate science courses, the gender disparity grows at higher levels of study. Why? One reason could be that male scientists tend to choose men over women for lab positions.

On top of that, more prestigious male professors tended to hire fewer women still: male postdocs are 90% more likely to have a Nobel laureate as an advisor than female postdocs.

Since so few women are accepted to elite labs, it’s difficult for women to reverse the trend by rising to prominence and hiring more women themselves. This contributes to the shrinking number of women in leading scientific positions: even though 52% of biology Ph.D.s are women, women make up only 39% of biology postdocs and 18% of tenured professors in biology.

Another famous study by psychologist Corinne Moss-Racusin sheds light on the difficulty female lab workers face in finding jobs. The researchers sent 127 applications for a lab manager position in biology, chemistry and physics labs across the country. All the applications were identical except that half bore the name of a woman, the other half the name of a man. They found that the applications with the male name were more likely to be hired and even offered a higher starting salary than those with a female name.

And even when women are hired, they are sometimes sexually harassed or simply told they don’t belong, according to interviews conducted by Slate. Few women report these cases of sexism or full-on assault—a convoluted process which many of these women fear will do little to punish the offending professors but could derail their own careers. 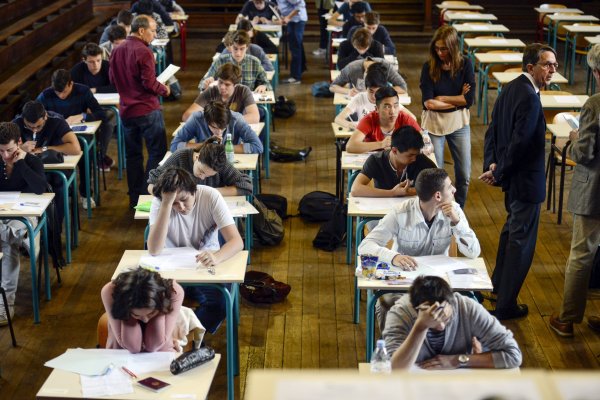 Foreign Youth Pick U.S. Schools With College in Mind
Next Up: Editor's Pick