Standing in front of two-dozen voters on Tuesday afternoon in conference room A in the municipal building in Middletown, Kentucky, Matt Bevin outlined his candidacy for the U.S. Senate. His blue collared shirt was open at the neck as if to let his voice, raw from talking so much, cool. And yet he gamely took every question in the room for more than two hours.

“Brevity isn’t necessarily my greatest strong suit,” he says, somewhat ruefully, before launching into a winding explanation on why he decided to run. “I’ve been a Republican my entire life. I’ve always voted in the past for the guy I’m running against. But I look at the fact that he and many of his colleagues are not getting the job done… So that’s why I stepped forward.”

The elephant in the room who goes virtually unnamed by Bevin, even when audience members ask directly about him, is Senate Minority Leader Mitch McConnell, who has represented Kentucky in the Upper Chamber going on 30 years and practically founded the Kentucky Republican Party. In other words, Goliath to Bevin’s self-described David.

In any other year, Bevin would’ve been a dream Tea Party candidate. He’s handsome and articulate, a former Army captain turned successful entrepreneur with nine kids, four adopted from Ethiopia. He’s well traveled (“I’ve been to more than 40 countries,” he tells the audience). “I’m for a smaller government,” Bevin says, his mostly-grey haired audience murmuring their approval. “I’m a believer in a constitutionally limited government. The constitution is law of the land plain and simple. You know, I was watching the Crimea polls over the weekend and they’re voting with 20,000 to 40,000 heavily armed Russian troops around them… How blessed we are to have differences of opinion and go in and vote our differences, no troops in sight.”

But Bevin is up against the man who has drawn the line at the Tea Party insurrection that has twice cost him the Senate majority, in 2010 and 2012. McConnell is not just running for reelection, he’s running to obliterate Bevin and his backers: to make an example of them for anyone else daring to challenge a Republican incumbent. McConnell is not one to cross: he ran such vicious campaigns in the past that two of his four opponents left politics altogether. And those were Democrats: Bevin is the first serious primary challenge to ever dare take on McConnell.

Bevin’s political consultants have gotten dozens of calls from Republican establishment heavyweights warning them not to work for him. He’s only allowed to speak at Lincoln dinners hosted by Republican parties in each county if McConnell won’t be there. All but four of the 64 Kentucky GOP elected officials have endorsed McConnell. And the McConnell campaign, Bevin claims, has even begun to call his high school classmates to get dirt on him.

“How sad is it that this is what passes as a game of politics in this country,” Bevin tells the crowd. “We deserve better regardless of what party you’re in.” And then there’s the mailings attacking Bevin. “I’ve gotten so much ugly mail,” he says, “I’m starting to hate myself.”

Though the McConnell campaign may not need look too hard for dirt on him. Like other Tea Party candidates, Bevin’s words sometimes get the better of him, and not in a good way. Last month, he asserted that same sex marriages would lead to marriage between a parent and a child. And it was revealed that as a businessman he once supported the Troubled Assets Relief Program, or bank bailout known as TARP, even after criticizing McConnell on the campaign trail for helping pass the plan that salvaged the faltering banking system in 2008. “Matt Bevin has become a failed caricature of a failed challenger who is struggling to explain his bailouts, support for TARP, shady business dealing and fake resume while flailing away with desperate attacks,” says Allison Moore, press secretary for McConnell’s campaign.

With nine weeks to go to Kentucky’s May 20 primary, Bevin trails McConnell by 31.7 percentage points, according to a Real Clear Politics average of Kentucky polls. But, Bevin notes cheerfully, “that’s a vast improvement from when I entered the race,” he tells TIME, “when I was more than 50 points behind.” And, he’s quick to tell voters, that in most head to head polls he edges out the likely Democratic nominee, Kentucky Secretary of State Alison Lundergan Grimes, while McConnell generally loses to her. “There is a weariness for [McConnell]. There is a fatigue for him. That is going to be his downfall,” Bevin tells Jim Bifone, a lifelong Republican who was considering voting for Bevin in the primary but was concerned McConnell was the only one who could beat the surging Grimes. “He’s either going to lose in the primary or he’s going to lose the general election. As a Republican that worries me.”

Bifone left convinced: he would not vote to give McConnell a fifth term on May 20. Still, Bevin has his work cut out for him. He’s the only candidate campaigning daily, but with a paltry $600,000 in the bank compared to McConnell’s daunting $10 million war chest (and Grimes’ $3 million), convincing one Bifone at a time isn’t going to work. To that end, Bevin says he’s committed to adding in his own money and running “what it takes” in television ads in the final sprint to get his message out. His campaign unveiled a new radio ad on Tuesday hitting McConnell for his vote to raise the debt ceiling last month.

Bevin likens his insurgent candidacy to that of Texas Senator Ted Cruz, Florida’s Marco Rubio or, another Kentucky Tea Party darling, Rand Paul (though, notably, none of those politicians challenged an incumbent). Unfortunately for Bevin, Paul has endorsed McConnell and his former campaign manager, Jesse Benton, is running McConnell’s race. “Now I see Rand Paul stand hand in hand with this good ole boy,” complains Brenda Baumler, 58, a real estate agent who came to the Middletown meeting to support Bevin. “It is time we had someone new.”

Bevin’s face lights up and he encourages Baumler and the audience to help him: volunteer, take one of the yard signs stacked against the wall, give money. “There’s no one, myself included, who could go to Washington for 20-30-40 years and not change. It’s cathartic, good, refreshing for there to be turnover. You’ve gotta be careful of staying anywhere too long. It’s best to retire with dignity. I’m offering Mitch McConnell the chance to do so,” Bevin says, mentioning McConnell’s name just about the only time in session to raucous laughs. Baumler took a yard sign and bumper sticker on her way out.

Later, I ask him why Bevin didn’t wait, as many GOP consultants in Kentucky thought he would, till after McConnell retires as many think he will after this last cycle. “Those guys die in office,” Bevin tells me. “Look at [New Jersey Senator Frank] Lautenberg [who died in office last year], or [Arizona Senator] John McCain. How many times has McCain said he won’t run again? And now, look, he’s preparing to run yet again. I don’t trust them to leave power, to leave Washington. They have to be thrown out.” Whether it’s Bevin that does the tossing remains to be seen. 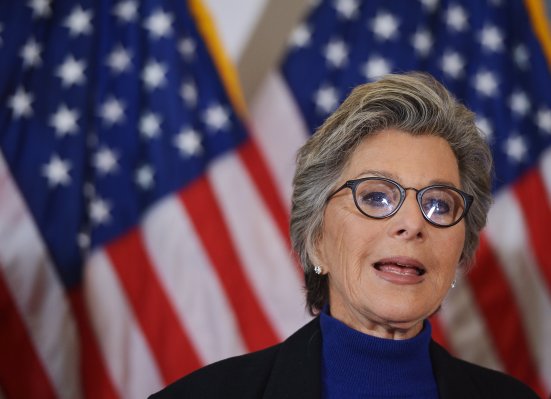 Senate Dems Staying Up All Night for Climate Change
Next Up: Editor's Pick