Chris Froome of Great Britain and Team Sky chases back to the peloton after being involved in a crash just after the start of stage four of the 2014 Le Tour de France from Le Touquet-Paris-Plage to Lille on July 8, 2014.
Doug Pensinger—Getty Images
By Hannah Goldberg

The conditions were slick on Wednesday’s Stage 5 section, running from Ypres in Belgium to northern France. Rain poured onto the course, adding an extra challenge to an already demanding race. Froome, of the British Sky team, crashed at the 29-km mark, according to the race’s website, before eventually crashing again at the 83-km mark. He exited the 152-kilometer stage with an injured right arm.

Froome injured his wrist on Tuesday after a crash in Stage 4, but was cleared to race again.

“The wrist is painful and it’s certainly not ideal going into tomorrow’s cobbled stage,” Froome said Tuesday night, “but I have a great team around me and we’ll get through the next few days as best we can.” 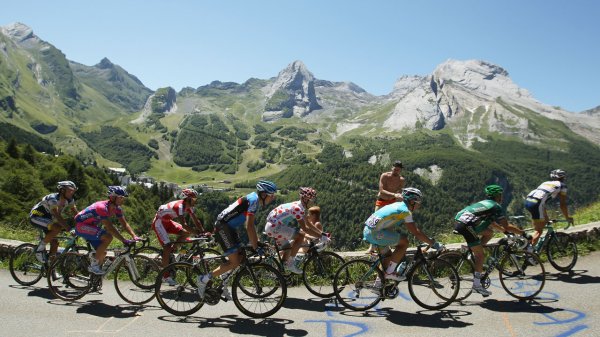 Tour de France Riders Will Travel 2,277 Miles This Year
Next Up: Editor's Pick