While fans may have turned rabid Tuesday at the news of J.K. Rowling’s new Harry Potter story, they shouldn’t expect to see Daniel Radcliffe star in a film adaption anytime soon, according to the actor.

Radcliffe said Tuesday during a press event in New York he would probably not return to the big screen as Harry Potter despite the snapshot of grown-up characters published this week on Rowling’s website, Pottermore.

“My inclination is to say ‘no’ because I don’t think it’s even a hypothetical at the moment,” he said at the Television Critics Association summer press tour, according to The Hollywood Reporter. “What she’s written — and I haven’t read yet but I will — I understand it’s a very short piece.”

The former boy wizard added that the story is set when the characters are older than his current age. In the 1,500 word piece, Harry and his friends are in their 30’s, and the Boy Who Lived now has “a couple of threads of silver” in his hair. “He’s 12 years older than I am now,” Radcliffe said.

The new story, which Rowling timed to coincide with the World Cup in Brazil, is written as a gossip column in the Daily Prophet from infamous Harry Potter character Rita Skeeter. It tells all about the golden trio, as well as several other characters’ adult lives as they gather for the Quidditch World Cup.

On Wednesday, Radcliffe spoke to Extra about his thoughts on the new story. He emphasized that, at this point, he has no special knowledge and is watching just like the rest of the world to see what Rowling does with the characters.

But the star did take a jab at Skeeter and reassured audiences he believes Harry and Ginny are doing just fine. 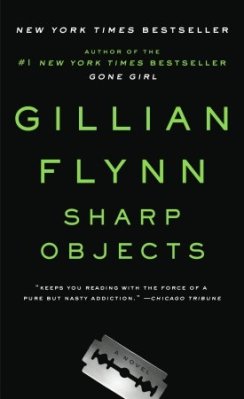 Gone Girl Writer's First Novel Is Heading to TV
Next Up: Editor's Pick