Former New Orleans Mayor Ray Nagin was sentenced to 10 years in prison by a federal judge Wednesday for accepting bribes from city contractors.

Nagin, a two-term mayor who received national attention for his handling of Hurricane Katrina and its aftermath in 2005, was convicted in February on 20 counts of bribery, wire fraud and money laundering. Wednesday’s sentence was lenient by most accounts, as sentencing guidelines called for 20 years or more, according to the Times-Picayune.

Nagin spoke briefly during sentencing on Wednesday to thank his staff, while he adamantly maintained his innocence during the trial. In written statements to the judge, members of Nagin’s family argued that the former mayor was wrongly convicted and defiantly pleaded for leniency.

“The local federal agents of New Orleans have large resources and can indict anything. In this case, its as an innocent man, my father … Ray Nagin,” the former mayor’s son, Jeremy Nagin wrote, according to the Times-Picayune. “(Prosecutors) pimped criminally convicted (and) questionable witnesses to lie on the stand for future rewards.”

For local officials, the February conviction and Wednesday’s sentencing represent an opportunity to move past a drawn-out scandal that has captured the region’s attention.

“Hopefully, this closes a very kind of ugly chapter in the history of the city of New Orleans,” the city’s current mayor, Mitch Landrieu, told the Times-Picayune. 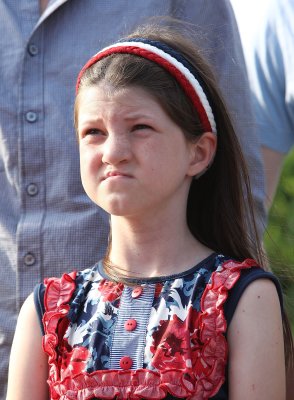