A Chicago author who co-wrote the book “How to Survive the Bulls of Pamplona” was gored Wednesday morning during the Pamplona bull run, the festival’s website reports.

Bill Hillman, 32, tripped and fell while participating in the third run of the weeklong San Fermin festival. The bull, the heaviest of the six animals released, gored him twice in the right thigh. Hillman, who has been running in the festival for over a decade, is said to be in a stable condition.

A second man, a 35-year-old Spaniard from Chicago, was also seriously injured when one of the bulls gored him in the thorax. Three other Spanish men were taken to the hospital with minor injuries caused by the stampede.

During the San Fermin festival, runners dressed in white with red scarves sprint through the streets of Pamplona pursued by the bulls. The animals can inflict serious injuries — In 2009, a 27-year-old man from Madrid died after being wounded in the event.

The daily run begins at 8 a.m. local time and lasts up to five minutes. Runners finish at the bull-ring where the animals are later killed during an evening bullfight. 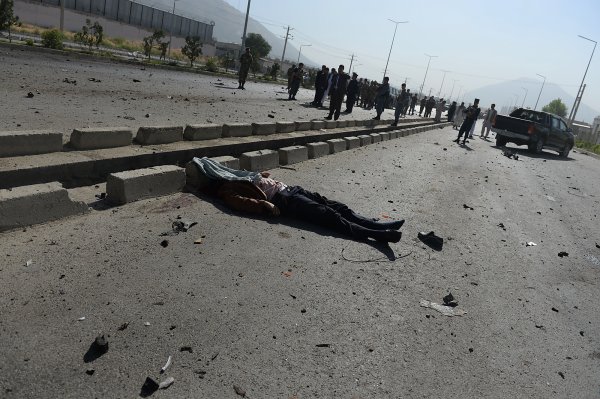 Afghan Civilians Are Increasingly Feeling Toll of War
Next Up: Editor's Pick