There’s a new way to keep up with Kim Kardashian — gaining fame while following her avatar in a virtual, Kim-centric universe on your smartphone. While it makes sense that Kim’s new game is fun and shallow, what comes as a surprise is the response: over 100,000 users have given the app a perfect rating.

Kim Kardashian: Hollywood, released last month, has so far been awarded the maximum five-star rating by over 50,000 users each on Apple’s App Store — where the game currently holds the No. 4 spot — and on Google Play. In the game’s virtual Hollywood, you too can become an A-list celebrity if you are willing to follow Kim’s advice: pose for some photo shoots, attend a few parties, seduce a couple of other celebs’ boyfriends, and you’ll be well on your way to frolicking with your mentor in Punta Mita, Mexico, a destination available in the app’s updated version. Despite its simplistic and at times unsettling goals — you can gain points and earn money by flirting, as “dating famous people will get you more fans” — the game has proved an instant hit among Kardashian admirers. Players over at Salon and Jezebel have also admitted to having fun while inhabiting Kardashianland, at least for some time. So what, other than perverse curiosity, drives fans (and some foes) to embrace this most recent extension of the Kardashian brand? What is the appeal of keeping up with virtual Kim?

For many users, it’s the same appeal that drives them to keep up with real Kim through her TV show, her blog, her Instagram and her Twitter: a chance to feel as if they can understand how her glamorous life truly unfolds — and even be a part of it, however superficially. In fact, dozens of smartphone users who gave the (free!) game mediocre ratings explained in their comments that they didn’t dislike the experience, but rather thought the app does not feature enough opportunities to interact with Kim. “The story needs more interaction choices [with her] instead of just yes or no,” one user complained. “I think what I mostly love is the fact that I can talk and be friends with Kim in a virtual level,” wrote another. A third, who explained she had already exhausted the game’s features when it comes to her romantic relationship, wished for the option to get married — “just like Kim.”

“The engagement is a very important factor in the Kardashian brand … fans can think they engage with Kim,” says Amanda Scheiner McClain, assistant professor of communications at Holy Family University and author of Keeping Up the Kardashian Brand: Celebrity, Materialism and Sexuality. “Without the engagement, you just have your typical celebrity.”

McClain explains that the Kardashians have used their presence on social media and television to “create a coherent brand that is simple and easily understood,” adding that the brand is rooted in the family’s ability to engage audiences across platforms. She notes that all Kardashian products, including Kim’s game, have been adjusted to fit within and extend the brand, yet fans — particularly teenagers — often perceive the Kim on their screens as authentic.

The game itself, however, eventually makes it clear that Kim Kardashian will not be your BFF. Most of the time, while she is off being Kim, you are left to interact with your demanding manager and slightly neurotic publicist, who scold your outfit — which you probably can’t afford to “kustomize” any further — and poke fun at your current job as a salesperson at a local boutique. Whenever Kim does find the time to squeeze you in, you don’t have much choice but to agree with what she is saying, the most common response options involving “Yes!” and “Okay!” Yet you can’t help but feel smug when she tells you that “You look great!” even if you’re wearing the only dress you could afford to buy with your virtual money.

“Kim represents a mix of approachability and aura — she is both someone like you and someone who is better than you,” McClain says. “There is the ‘Hey, I can tweet at her,’ but also the, ‘Oh my gosh, she is wearing a $5,000 dress.’”

This dichotomy becomes more evident after you advance a few levels, as it turns out that keeping up with virtual Kim requires real money that most players just can’t afford to spend on an app. Money is easy to make on Kim’s territory, as cash explodes all over the screen whenever you sip some champagne on a date or smile with your eyes during a photo shoot. But the sum you earn is too meager to allow you to purchase the game’s more extravagant attire, real estate, or travel options — unless you’re willing to transfer some money from your actual bank account into your fictional one to make in-app purchases. Reality creeps up on your virtual world once again when your landlord reminds you that your rent is due (too bad if you already spent it on clothes). And as higher levels open up, more desirable items remain beyond your reach — a reviewer complained that many features were still locked even after she had reached a relatively high level. One iPhone user summed up the opinion of most reviewers when she wrote that “Everything. Costs. Too. Much. — it’s almost not even realistic.”

Of course, it’s not supposed to be. In the game, like in real life, there are aspects of Kim’s lifestyle that remain forever elusive to non-Kardashian mortals. It’s the constant give-and-take, striving to emulate Kim while acknowledging that you ultimately can’t, that makes Kim Kardashian: Hollywood — and the wider Kardashian brand — captivating to some, infuriating to others, and irrelevant to most. Her universe excites you — it’s glamorous and sexy! — then undercuts you — but you can’t have it after all. The game isn’t trying to sell a fantasy, but rather the ultimate Kardashian reality — which is that everyone else is inferior to Kim and her krew.

Ultimately, survival in Kim’s Hollywood requires a tacit consent to an unwritten rule: she’ll always be one step ahead of you, or at least a few hundred dollars’ worth of steps. If this sounds frustrating, understand that you won’t make it far in the game — or in Kardashian fandom. Not to worry, though: when you’re having a rough day, you can still make a quick detour into Kardashianland for a quick meta-detour to your birthday bash in Vegas. If you can spare the virtual cash, that is. 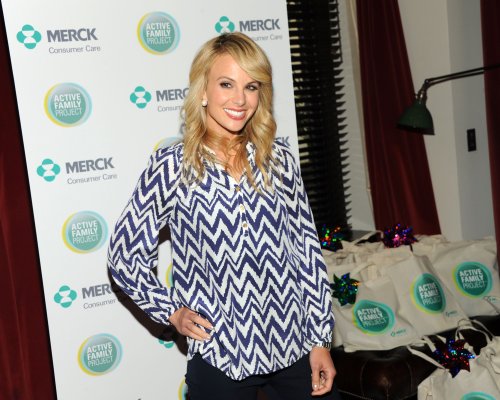 Elisabeth Hasselbeck Isn't Shocked By Rosie O’Donnell’s Rumored Return to The View
Next Up: Editor's Pick