Man Bahadur Tamang, 51, who sold his kidney for 64,000 Nepalese rupees ($727) due to poverty, shows the incision scar from the operation at his home in Kavre on Sept. 4, 2012.
© Navesh Chitrakar / Reuters—REUTERS
By Francis Wade / Hokshe

In 2002, Kenam Tamang was duped into parting with a kidney by his own son-in-law. The ruse was a simple one, sweetened by the lure of work and a steady income – something he had been bereft of for too long. The two would leave their village of Hokshe in the Himalayan foothills east of Kathmandu, cut a line south and cross the border into India. Several days later, they would arrive in the southern coastal city of Chennai, ending a migratory passage that hundreds of thousands of Nepalese laborers had plied before them.

He hung around in Chennai for a month before being introduced to a group of Indian men — friends of his son-in-law who would arrange the work, he was told. “But one night, I heard them talking about kidney, but could not understand the whole conversation properly, which was in Hindi. And the next day, I was escorted to the hospital, where I was told that they are taking out my kidney.” Kenam, 48 at the time, turned to his son-in-law. “He said I will get a good amount for the kidney and there will not be any health complications. He even said that it would grow back.”

Hokshe is a cluster of mud-brick homes, flanked by fields of corn, sitting high up in the hills that circle Kathmandu. The arterial roads heading west from the village serve as tributaries that feed the capital with an ever fluid labor force made up of young and old, men and women, who see little point in staying at home to farm small patches of land for less than $2 a day. But the village carries a dark secret: of the 75 households in one ward alone, almost all have at least one member who has sold a kidney. Some, like Kenam, are duped into doing so; others are only too willing. From the days of the early ’90s, when the first villager was approached by brokers with the attractive offer of more than a year’s wages in return for an organ, the trade has taken on almost fad-like proportions.

Kumari Sapkota, 42, stands outside her home in Ward 3 of Hokshe. Her hands and clothes are caked in a chalky mud from working the field of corn below the house. If the money was right, she would willingly sell her kidney. Her only hesitancy is that all too often, the fee offered by brokers rarely gets delivered; either that, or sellers find that by the time they resume their lives in Hokshe, much of it has been spent on travel and medicine. That was the fate of Kenam. After being reassured by his son-in-law, he agreed to undergo the operation for $700. The cash was handed over in full, but three months later, as the bus wound its way back up the hill to Hokshe, only $100 was left. The two of them had spent the intervening time in Kathmandu, where the fee was whittled away. “Some money was used for dieting and medicine to be used soon after the operation, while my son-in-law spent money on alcohol,” he laments.

The story of Ganesh Bahadur Damai, 40, from nearby Jyamdi village, echoes Kenam’s search for better-paid work in India — that is, until he found himself drunk in a room in Bangalore with a group of strangers. “I was given an injection which made me unconscious for 24 hours. When I awoke, I was in a hospital bed. They had taken my kidney.” Three months later he arrived back in Kathmandu, where he was handed a mere $150, with which he bought a small plot of land. People living with one kidney should have its function assessed annually. But, he says, “I have no money to go for a health checkup.”

Stories like this don’t deter Kumari, nor the seemingly dozens of other villagers here who see opportunities in the organ trade. Her husband is a kidney down, as is the friend who works the field of corn with her. One man, Krishna, says his brother-in-law and two other relatives have sold theirs. He tried four times, but all were unsuccessful — on one occasion, the recipient of his kidney died just before he arrived for a pre-op checkup in Kathmandu. Frustrated, he won’t try again. But others are only too keen.

One 19-year-old mother is actively looking for a buyer, but recent crackdowns by Nepalese police have taken out many of the middlemen. “If you know someone [a broker], tell him to come here!” she says, laughing. Her reason is blunt, and a sharp reminder that the money they’ll receive isn’t for indulgence, but for far more pressing concerns. “I can get one lakh [$1,000] for a kidney. My son’s future will be secure.” As the conversation winds on, and more women come up from the field, it becomes clear that the international kidney trade that feeds clinics across the subcontinent and beyond has a bountiful source in Hokshe.

“Hokshe is an example of how people can [be exploited],” says Dr. Rishi Raj Kafle, executive director of the National Kidney Center in Kathmandu. “These villagers see people who haven’t died and think, Why not?”

Back in the village, the sharp whiff of locally brewed moonshine that comes off the breath of many locals — even those who, with one kidney, really shouldn’t be drinking very much at all — points also to a lack of understanding about the health implications. That isn’t surprising. Every villager TIME spoke to was illiterate and would struggle to learn about or comprehend the side effects of a nephrectomy, which can include high blood pressure and reduced function in, or even failure of, the remaining kidney.

The emergence of a legal donor system, in which relatives of patients who require a new kidney can trade theirs for $2,000 of government money, has reduced the numbers of Nepalese traveling to India for operations. Police have also clamped down on the rackets that prey on villages like Hokshe, and in May they arrested 15 traders in a sting operation. But Dr. Kafle fears there could be many more Hokshes across Nepal, even though the only people who seem to be making money are the traders. “I’ve not found a single person who sold their kidney who is rich,” he says. 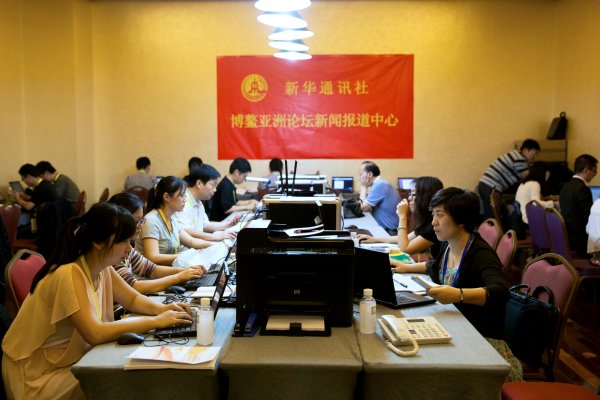