Women at Higher Risk of Developing Alzheimer’s Disease Than Men

Alzheimer’s disease may hit women harder than men in the coming decades, according to the latest report from the Alzheimer’s Association. The organization’s figures show a woman’s lifetime risk of developing the condition is 1 in 6, compared with 1 in 11 for men.

More than 5 million Americans in total are now living with the neurodegenerative disease, per the report.

Such unpaid care totals about $220 billion in lost wages and other care. Much of that cost is for helping patients to bathe, eat, dress and use the bathroom, rather than for treating the symptoms of dementia and memory loss, for which there are no effective therapies.

“We have to change that balance,” says Maria Carrillo, vice president for medical-and-scientific relations at the Alzheimer’s Association.

Here are some of the highlights from the group’s report:

The full 2014 Alzheimer’s Disease Facts and Figures report can be read here. 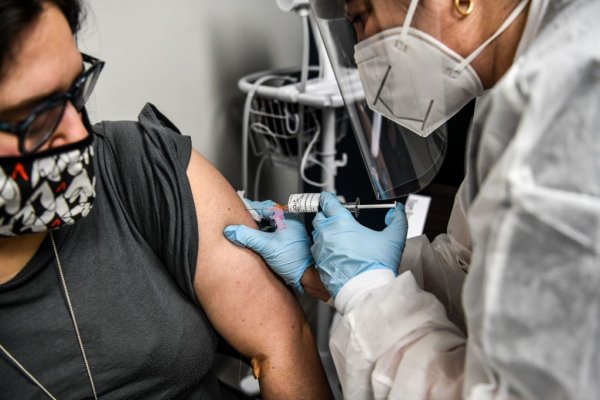 States Want to Approve COVID-19 Vaccines Themselves. Will That Lead to More Trust—Or Less?
Next Up: Editor's Pick