Elected officials, community leaders and local activists attend a rally outside Brooklyn borough hall in support of the district attorney's plans to end prosecuting minor marijuana offenses on April 25, 2014 in New York City. On Tuesday, the district attorney's office announced it would no longer pursue some low-level drug charges in the borough.
Spencer Platt—Getty Images
By Josh Sanburn

Add Brooklyn to the growing list of places in America where getting caught with a small amount of marijuana may not result in legal consequences.

District Attorney Kenneth Thompson said in a statement that the move to stop pursuing minor marijuana cases will allow his office to redirect resources to higher priorities and ensure that “individuals, and especially young people of color, do not become unfairly burdened and stigmatized by involvement in the criminal justice system for engaging in non-violent conduct that poses no threat of harm to persons or property.”

Last year, the D.A.’s office processed more than 8,500 cases in which the top count was a marijuana possession charge.

“We understand that it is the prerogative of each of the city’s district attorneys to decline to prosecute any criminal offense occurring within their respective jurisdictions,” Bratton said in a statement. “However, in order to be effective, our police officers must enforce the laws of the state of New York uniformly throughout all five boroughs of the city.”

The move toward decriminalization in New York City’s most populous borough comes the same day legal sales of recreational weed sales began in Washington state, and one day after New York became the 23rd state to allow medical use of marijuana. 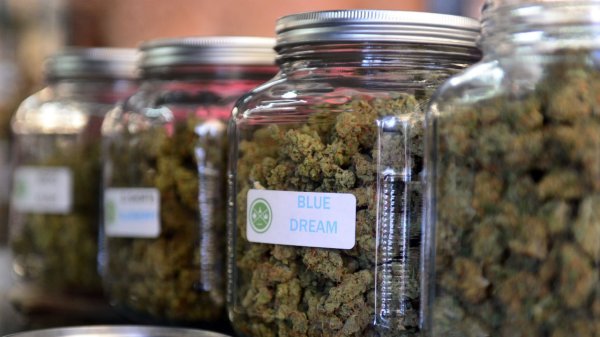