This Is The New Best Way to Quit Smoking, Study Finds

Quitting smoking can be a frustrating challenge, and no single therapy works dramatically well. Nicotine replacement strategies – the patch, gum or lozenges—can help wean smokers off nicotine gradually, but don’t often work in keeping smokers abstinent over the long term. The prescription drug varenicline, or Chantix, which curbs smoking by occupying and blocking the same nicotine receptors in the brain used by the nicotine in cigarettes, makes nicotine less pleasurable. But studies show that it’s only about 33% effective in keeping smokers off cigarettes after 12 weeks.

Researchers in South Africa, however, report in JAMA that combining varenicline with the nicotine patch boosted that quit rate to 49% among a group of 435 smokers who were randomly assigned to take either the pills and the patch or the pills and a placebo patch. Smokers on the pills and patch were nearly twice as likely to be abstinent after six months than those who took the pills alone with a dummy patch.

“The efficacy of combining the two drugs cannot be readily explained,” Dr. Coenraad Koegelenberg, lead author of the study from Stellenbosch University in Cape Town, wrote in an email response to questions about the findings.

It’s possible that the timing of the pills and the patch worked in the smokers’ favor. While both varenicline and the nicotine patch target the same nicotine receptors in the brain, they have different effects; the nicotine from the patch activates the nicotine receptors and provides the same pleasurable sensations that cigarettes would, while varenincline is designed to bind and block the effects of nicotine on the brain. Varenincline is more effective at binding to these receptors, while nicotine from the patch is slower to activate, so starting on the patch may wean smokers from nicotine, and the varenicline may have helped them to drop cigarettes completely.

Interestingly, the one-two punch didn’t work by lowering craving for nicotine. They also did not find a significantly increased risk of side effects, including depression or nausea, in the varenicline group. The U.S. Food and Drug Administration in 2009 added a black box warning alerting users to the potential for suicidal thoughts, although a 2013 study found no greater risk of depression among smokers with depression or who had had depression in the past.

The results raise important questions about how current smoking cessation treatments might be more effective if used in combination. Currently, varenicline is not recommended with other nicotine-replacement strategies; for that to change, other studies showing similar results to this one would be needed. 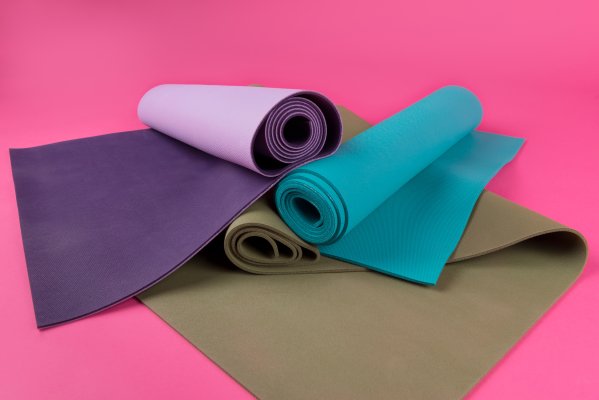 You Asked: Is Hot Yoga Good For You—And For Weight Loss?
Next Up: Editor's Pick