A rebel fighter walks with his weapon at the Handarat camp frontline, an area located beside Aleppo Central prison July 6.
Hosam Katan—Reuters
By NBC News

The sixteen-year-old twins slipped out of their beds in the middle of the night, grabbing passports and a few possessions. With that they were gone, hopping a flight from Britain to Turkey and sparking fears they were lost to a troubling and growing sisterhood: jihadi brides.

Since the civil war in Syria erupted in 2011, numerous reports have surfaced of Western women traveling to marry Islamist fighters. Two Somali sisters from Norway reportedly took the same route as the teens who disappeared from England’s northern city of Manchester this week, flying to Turkey and disappearing along the border with Syria… 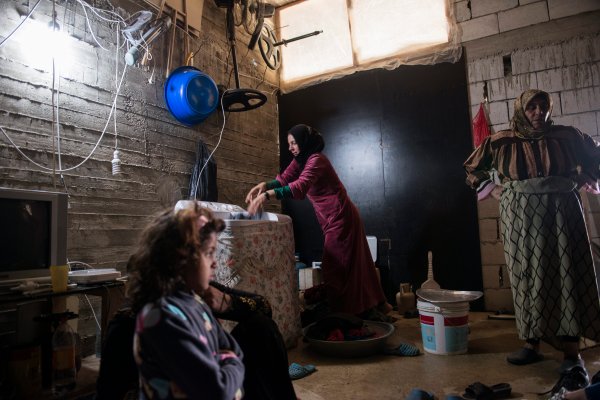