A professional photographer was temporarily banned from Facebook this week after she posted a photo on the Coppertone Facebook page of her two-year-old’s bathing suit bottom being pulled down in the style of the brand’s sunscreen ads from the 1950s. (In her version, another young girl in the same bathing suit was the one doing the pantsing.) Facebook pulled the picture and blocked the user from the site for 24 hours, prompting a chorus of complaints citing the artistic merit of the photo. The removal comes just a few weeks after the social media network reversed their previous policy and decided to allow photos of breastfeeding on the site, responding to years of protest from mothers and feminists.

Photographer Jilly White defended the image saying: “We didn’t stage the photo,” White told Fox News. “When we looked at it later, her tan line reminded us so much of the famous Coppertone ad.”

But whether the photo was planned or not, it’s against the rules. “Facebook has a strict policy against the sharing of pornographic content and any explicitly sexual content where a minor is involved,” the site’s community standards page reads. “We also impose limitations on the display of nudity. We aspire to respect people’s right to share content of personal importance, whether those are photos of a sculpture like Michelangelo’s David or family photos of a child breastfeeding.”

The Coppertone-inspired picture was flagged for violating the site’s nudity and pornography standards since the girl in the picture is a minor. Facebook presumably imposes those rules in order to try to protect minors from child pornographers who troll various social media sites to collect such pictures.

So where does Facebook draw the line? In fact, the company has maintained strict regulations about nudity in general in an attempt to create a bright line between pictures and porn. Breastfeeding is one of the few exceptions. This year, after angry users flooded Facebook with over 60,000 tweets and 5,000 emails arguing that breastfeeding is part of life and Facebook was shaming women from performing the natural act by censoring their pictures, Facebook caved and allowed such photos to be posted to the site. And late last year, the social network posted its policy about mastectomy photos after more than 20,000 signed a petition asking Facebook to stop censoring these types of images.

“We agree that breastfeeding is natural and beautiful and we’re glad to know that it’s important for mothers to share their experiences with others on Facebook. The vast majority of these photos are compliant with our policies,” Facebook’s Help Center wrote. But that rule doesn’t apply to other breasts photographed in other contexts—however artsy—and some women are still angry that men can display their nipples without repercussions but women cannot.

But by conceding to allowing breastfeeding pictures, Facebook has waded into a moral quagmire. Last year Wired questioned why Facebook refuse allow pictures of artful nudity and yet allows photos or videos of human rights abuses (like a beheading of a woman). In its defense, Facebook said that such disturbing imagery was allowed with a warning preceding the video and could remain on the site as long as people were “condemning” the act, rather than “celebrating” it. But critics argued that the video would be much more scarring to a child who stumbles upon it than any picture of nipples.

The American Civil Liberties Union has argued that through censorship, Facebook is limiting free debate. Last year, the ACLU posted an article and picture to Facebook considering whether a nude metal statue should be allowed in a park in Kansas. (The ACLU argued yes because of free speech.) Facebook blocked the post and even banned the ACLU from the site for 24 hours. Lee Rowland, a staff attorney at the ACLU responded:

Instagram (which is owned by Facebook) also came under fire last month for taking down pictures of topless women. Scout Willis, the daughter of Bruce Willis and Demi Moore, protested the censoring with a feminist “free the nipple” campaign that garnered support from other celebrities like Rihanna.

“Our goal is really to make sure that Instagram, whether you’re a celebrity or not, is a safe place and that the content that gets posted is something that’s appropriate for teens and also for adults,” the social network’s CEO Kevin Systrom told the BBC. “We need to make certain rules to make sure that everyone can use it.”

This new flap reignites an ongoing debate about children’s privacy on social media, even when the sharing is done by parents. Last year, Stephen Balkman, who leads the Family Online Safety Institute, talked to TIME about the phenomenon of oversharenting: When parents post thousands of pictures of their children on social media. Children reach an age when they can have a Facebook page, only to find that there’s already a timeline full of embarrassing baby photos there. “It may be that we have to negotiate with our kids a little bit more about what’s acceptable or not or give them the ability to take down photographs they don’t want there,” Balkman said.

Ultimately Facebook, Instagram and other social media sites are rapidly trying to expand their user base, capturing younger and younger audiences. It’s clear that their rules will have to be evolve with their audience. 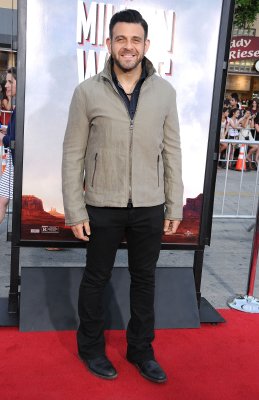