Unaccompanied minors ride atop the wagon of a freight train, known as La Bestia (The Beast) in Ixtepec, in the Mexican state of Oaxaca on June 18, 2014.
Jose de Jesus Cortes—Reuters
By Michael Scherer

President Barack Obama asked Congress for $3.7 billion Tuesday to handle the thousands of child migrants on the southern border, and he’d like lawmakers to treat the emergency request as a simple matter of human compassion.

“Our hope and expectation consistent with the incoming we have received from both parties is that this will be treated as the urgent humanitarian situation that it is,” said a White House official who briefed reporters about the request.

But nothing is quite so simple in Washington these days. By sending the request to Congress, Republicans, who are outraged over Obama’s immigration policies, will now have an opportunity to express their fury in must-sign legislation, possibly attaching policy riders or demanding budget cuts elsewhere.

“The Appropriations Committee and other Members, including the working group on the border crisis led by Rep. Kay Granger, will review the White House proposal,” Michael Steel, a spokesman for House Speaker John Boehner, said in a statement. “The Speaker still supports deploying the National Guard to provide humanitarian support in the affected areas—which this proposal does not address.”

And liberals are organizing to block the White House efforts to rewrite laws to make the deportation of child migrants from Central America less cumbersome.

Under current law, unaccompanied minors from Central America are automatically referred to the custody of the Department of Health and Human Services, which works to place them with family members already residing in the United States while they await a court date. Unaccompanied minors from Mexico, however, are treated differently, and can be screened for immediate return to their home country by U.S. Border Patrol if they do not present human trafficking or refugee concerns. “There isn’t really a policy rationale for treating them differently,”a second White House official said Tuesday, arguing that the current system is allowing too many children to stay in the U.S. for extended periods of time. “The number of kids removed is not large enough. That is why we are seeking to make this process more efficient.”

But immigrants’ rights advocates argue that the conditions in Central America and the length of the journey justify temporary placement in American homes and schools, even when there are no immediate signs of suspected criminal trafficking or refugee claims. Leslie Holman, the president of the American Immigration Lawyers Association, has condemned the White House proposal to expedited removal of Central American children. “That is simply unconscionable,” she said Monday in a statement. “No matter what you call it, rapid deportations without any meaningful hearing for children who are rightly afraid of the violence and turmoil from which they fled is wrong, and contradicts the fundamental values of this nation.”

The White House request for $3.7 billion in emergency funding for 2014 is also significantly higher than the “more than $2 billion” estimates senior Administration officials offered reporters last week. It includes $1.6 billion for enhanced deterrence and enforcement on the border, $1.8 billion for Health and Human Service programs for the youth, and $300 million for international programs to aid Central America. The Administration is also bundling the request with an additional $615 million in emergency funds to fight wildfires in the West, a move that is likely to attract the votes of a number of members of Congress. 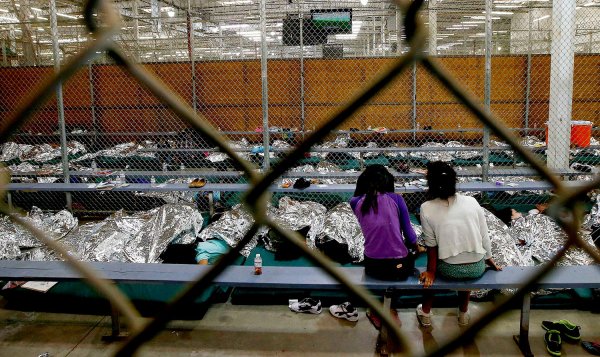 Youth Deportations Way Down
Next Up: Editor's Pick