At just shy of a year old, Prince George has snagged his very own Vanity Fair cover. The magazine’s August 2014 issue is filled with all the juicy details about the royal’s first year, including tidbits from “palace insiders” about George’s celebrity status, sleep schedule, “permanently hungry” beginnings, colic and more.

On July 22, it will have been a full year since the world spent an entire day constantly refreshing this page while waiting on Royal Baby updates. In that time, as Vanity Fair’s Katie Nicholl reports, much has happened to little George Alexander Louis. He has moved on to solid foods, received a new nanny and enjoyed endless attention from the public as he toured New Zealand and Australia with his famous parents. 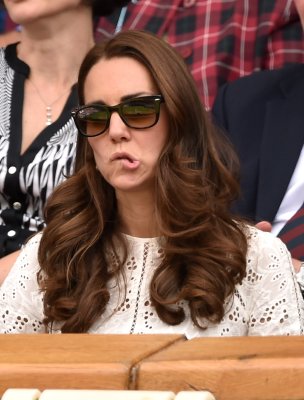 The Many Faces of Middleton at Wimbledon
Next Up: Editor's Pick