That Lousy Summer Job Can Help Kids Get Ahead

An employee prepares hamburgers at a MacDonalds restaurant.
AFP/Getty Images
By Hannah Goldberg

Flipping burgers at a fast-food joint might offer teenagers more than just some extra cash. A new study reveals that teenagers who work after-school or summer jobs reap career benefits down the road by establishing practical skills in the real world.

The study, which was conducted by the University of British Columbia’s Sauder School of Business, used data from the Statistics Canada Youth in Transition Survey. Researchers followed 246,661 15-year-old Canadians for a 10-year period, until they turned 25. Students who worked up to 33 hours per school week or 43 hours in the summer had more success finding jobs and earning higher wages. Marc-David L. Seidel, who co-authored the study , explained that working adolescents benefit from the early introduction to the workplace, boasting higher earnings and refining their networking skills.

Yet, school-year and summer jobs can be controversial—facing off against protective parents and the coveted internship. “Adolescent labour has been stigmatized as exploitative with many parents opting to put their kids in summer camp rather than summer jobs,” said Professor Seidel. Other parents feel that their children are more suited to summer camps or educational enrichment programs.

Internships are not an option for everyone, as interns are often unpaid. “Lucrative and influential professions — politics, media and entertainment, to name a few — now virtually require a period of unpaid work,” said author Ross Perlin, of Intern Nation: How to Earn Nothing and Learn Little in the Brave Perlin in an article for the New York Times, “effectively barring young people from less privileged backgrounds.”

Now, choosing to get a summer job over the unpaid internship is not a sacrifice, but perhaps a better plan for the future. 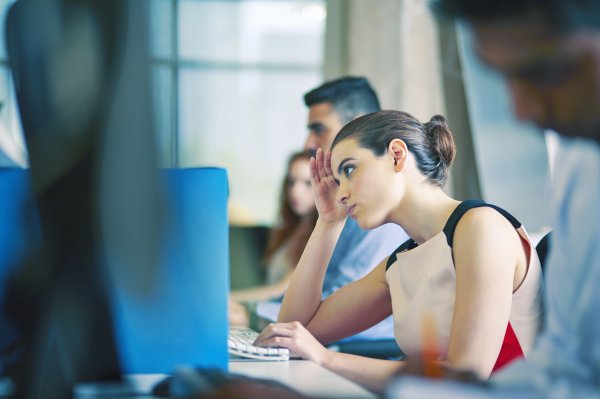 What Should I Do About My Early-Life Crisis?
Next Up: Editor's Pick