Halle Berry, who plays an astronaut in the new CBS sci-fi thriller Extant, told David Letterman Monday night that she believes in life on other planets.

“I don’t believe we are the only species in existence,” Berry said, according to The Hollywood Reporter. “My ego doesn’t tell me that we’re the only ones who survived … it might take us 20 years to get to those other life forms, but I think they are out there.”

Berry keeps pretty good company in going on late night television to admit extraterrestrial ideology. Former President Bill Clinton told Jimmy Kimmel in April that he believes there’s something else out there.

“If we were visited someday I wouldn’t be surprised,” he said. “I just hope it’s not like Independence Day.” (TIME’s Jeff Kluger argued that the 42nd president was talking sense.)

Extant will premiere Wednesday at 9 p.m. EDT. Berry plays a pregnant astronaut who has been in space for a year — which draws a lot of questions about who, or what, the father might be. 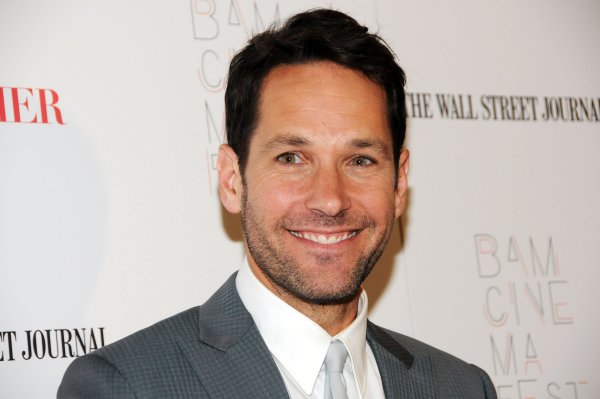 Paul Rudd Helps a Couple Share the News That They're "Knocked Up"
Next Up: Editor's Pick