J.K. Rowling at a charity event at Warner Bros Studios in London in 2013.
Danny E. Martindale--Getty Images
By Megan Gibson

Nearly seven years after publishing the final book in the Harry Potter series, J.K. Rowling has given fans an update on the beloved wizard in new writing published to her website Pottermore.

In the new story, written as a gossip-column dispatch from Potter character Rita Skeeter in the Daily Prophet, Harry is now a 30-something with a mysterious cut on his cheek, as well as “a couple of threads of silver” in his hair. He is also married to Ron Weasley’s sister, Ginny Potter, who is now a journalist. Ron, of course, is married to Hermione Granger, while Skeeter writes that his “famous ginger hair appears to be thinning slightly.”

Job-wise, it appears that the three friends all worked together in the Ministry of Magic, though Ron left his job to “co-manage the highly successful wizarding joke emporium Weasleys’ Wizard Wheezes.” Meanwhile, Hermione — “the femme fatale of the group,” according to Skeeter — is the deputy head of the Department of Magical Law Enforcement.

The update appears in a series of Quidditch World Cup pieces that Rowling has posted to Pottermore to coincide with the World Cup in Brazil. However, this is the first time Rowling has written about her beloved characters as adults since the final Potter book, which likely explains why the website crashed intermittently Tuesday morning. 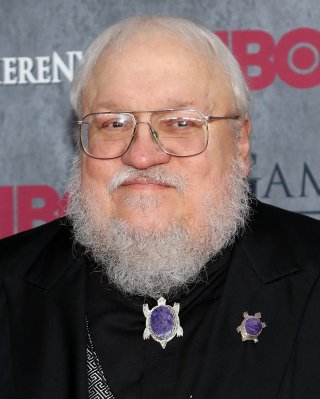 George R.R. Martin Teases Next Book
Next Up: Editor's Pick