The vigilante revenge murder of 16-year-old Muhammad Abu Khdeir will test the Israeli legal system to its core. The vast majority of Israelis, and all of its leaders, have condemned the murder in the strongest terms, but there are some Israelis—how many is unclear—who were so outraged at the kidnapping and murder of three Israeli teenagers, that they were prepared to understand, if not justify, revenge.

A Facebook page was set up, after the murder of the Israeli youngsters but before the murder of the Palestinian youth, calling for revenge, but there was sharp disagreement within the page as to the nature of the revenge sought. The group’s “managers” explained their agenda: “Killing innocents? No. [T]he group’s purpose is to avenge the kidnapped teens’ blood. To catch the terrorists that abducted and killed them and to exact revenge.” But some on the page made the racist argument that “there is no such thing an innocent Arab.” The Israeli Army and Minister of Justice condemned the page and threatened to take actions against those who expressed racist views or called for revenge against innocent Palestinians.

The call for revenge was muted among Israelis by the horrible murder of Khdeir, but amplified among Palestinians. Riots have ensued both within Israel-Arab cities and on the West Bank.

Now, following the arrest of half-a-dozen Jewish Israelis, and the reported confession of three, the Khdeir case is in the hands of the Israeli legal system. I know this system well, having consulted on several high-profile Israeli prosecutions. I also know the Minister of Justice, the Attorney General and many of the judges. They all pride themselves on the fairness of Israeli justice. The Prime Minister, Benjamin Netanyahu, vowed to treat all murders—those committed by Israelis as well as those committed against Israelis—as equally reprehensible, demanding equal justice. “We do not differentiate between terrorists,” he declared.

In other contexts, the Israeli legal system has shown that it can be very tough on its own. A former president now sits in prison, having been convicted of rape and sexual harassment. A former Prime Minister has pledged to appeal his six-year prison sentence, having been convicted of corruption. Another former Prime Minister lost his job following an investigation by the Attorney General.

That’s the good news. The bad news is that when it came to investigating, prosecuting and punishing Jewish, non-lethal revenge attacks, primarily against Palestinian property—the so-called “price tag” vigilantism—the Israeli legal system was not always as tough as it should have been. But the murder of Muhammad Abu Khdeir may change that.

I believe the Israeli legal system will be fair, or perhaps even bend over backwards, when it comes to the brutal murderers of Khdeir. Criminal trials in Israel do not involve juries. Accused criminals are tried by professional judges, who are in general selected on a non-partisan basis. Verdicts and sentences are less likely to be influenced by popular opinion than in the United States, where judges are either elected or politically appointed, and where jurors are supposed to reflect the views of the people.

Even if some Israelis might have more sympathy for Jews who killed a Palestinian than for Palestinians who killed Jews, that sort of public bias will have little impact on the trial of those accused of killing Khdeir. The age of the defendants, however, might. There are reports that some may be minors, and Israeli law does take account of the age of accused criminals. But older vigilantes may well be involved as well, either in planning, inciting or protecting the actual killers. The investigation is ongoing and will not stop until everyone who has played a culpable role in the murder is apprehended and brought to justice.

The Israeli government, which rightfully complains that it is often subjected to a double standard of justice by international institutions such as the United Nations and the International Court of Justice, must show the world, and its own citizens, that it is capable of imposing the same standard of tough justice on Jews who murder Palestinians as it does on Palestinians who murder Jews. Justice demands no less. I predict that Israeli justice will pass the test.

Professor Alan Dershowitz’s latest book is Taking the Stand: My Life in the Law. 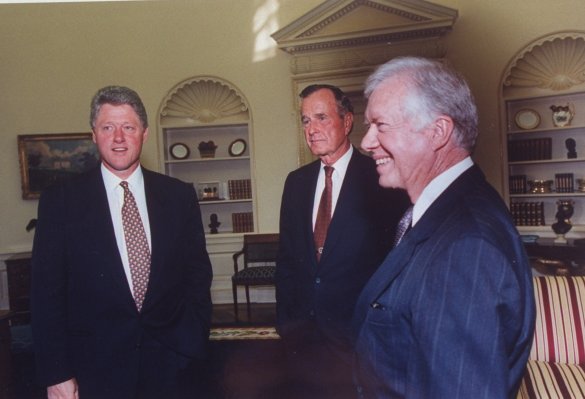 The Old Boys Club and the Failure of Peacekeeping
Next Up: Editor's Pick