Typhoon Neoguri, the first super typhoon of 2014 heading towards Japan on July 7, 2014.
NOAA/EPA
By Noah Rayman

A “once in decades” storm is approaching Japan’s southern islands with winds up to 150 mph, the country’s weather agency said according to Reuters.

Typhoon Neoguri was south of Okinawa on Monday afternoon local time, but moving northwest with sustained winds of 110 mph. The Japan Meteorological Agency has issued high sea warnings and storm advisories for the Okinawa island chain and other parts of southern Japan, forecasting that the super typhoon will grow into an “extremely intense” storm by Tuesday.

“In these regions, there is a chance of the kinds of storms, high seas, storm surges and heavy rains that you’ve never experienced before,” a JMA official said at a news conference according to Reuters. “This is an extraordinary situation, where a grave danger is approaching.”

The state minister in charge of disaster management canceled a planned trip to the United States.

Okinawa is home to most of the U.S. military facilities in Japan, and Kadena Air Force Base, one of the largest, was taking measures to prepare for the storm.

“I can’t stress enough how dangerous this typhoon may be when it hits Okinawa. This is the most powerful typhoon forecast to hit the island in 15 years,” Brigadier General James Hecker, the base commander, wrote on the Facebook page. “This is not just another typhoon.” 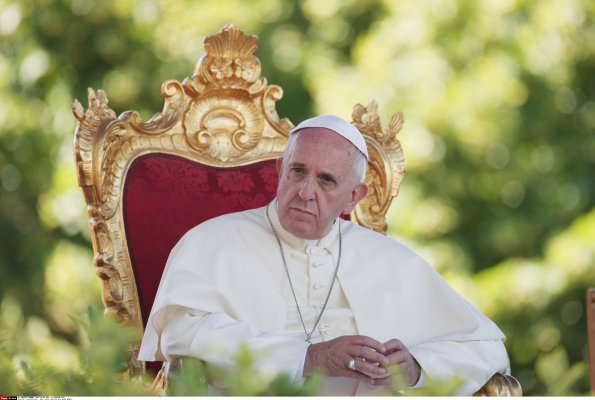 Pope: Forgive 'Sins of Omission'
Next Up: Editor's Pick