Pope Francis held a meeting with victims of sexual abuse by Catholic clergy on Monday. It was his first such meeting since he became pontiff in March 2013.

The pope met the six victims separately after they attended a private morning Mass at the Vatican, the Associated Press reports. Of the six, two are from Ireland, two from Britain and two from Germany. Each spoke with the Pope for around 30 minutes.

During the Mass, the Pope gave a homily in which he apologized for the abuse. “I beg your forgiveness, too, for the sins of omission on the part of Church leaders who did not respond adequately to reports of abuse made by family members, as well as by abuse victims themselves,” the Pope said.

The pontiff added: “all bishops must carry out their pastoral ministry with the utmost care in order to help foster the protection of minors, and they will be held accountable.”

Though this is his first meeting, the Pope has always been clear in his condemnation of sexual abuse by the clergy. He previously described their actions as “satanic”.

Nevertheless he has faced criticism for not meeting with abuse victims sooner. The previous pope, Pope Benedict, met with abused people several times on international visits.

Amidst criticism of the Church’s failure to tackle abuse, Pope Francis did improve the Vatican’s laws against child abuse last year. The Pope has also created a committee to tackle the issue. Amongst the committee members are an abuse victim and a cardinal. The committee is expected to announce Monday that it will incorporate more members from the developing world onto its board.

However, he also controversially claimed in an interview this year that the Catholic Church had done more than any other organization to expose pedophilia. “The Catholic Church is maybe the only institution to have moved with transparency and responsibility,” Francis said. “No one else has done more. Yet the church is the only one to be attacked.”

Over the past 10 years, 3,420 credible charges of sexual abuse have been referred to the Vatican. To date, 824 members of the clergy have been stripped of their office. 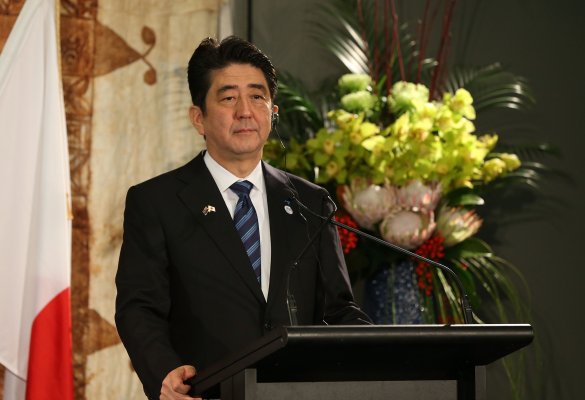 Japan Is Planning to Resume Whale Hunts
Next Up: Editor's Pick