Watch Robin Roberts and Her Sister Tell Their Remarkable Story

Good Morning America host Robin Roberts and her sister Sally-Ann appeared together at the 20th anniversary Essence Festival Friday to share the remarkable story about how Sally-Ann helped save her sister’s life.

In June 2012, the ABC anchor announced she was diagnosed with a blood disorder myelodysplastic syndrome, just five years after beating breast cancer. Two years later, thanks to the life-saving bone marrow donation her sister provided, Robin is healthy, happy, and most of all–grateful.

“You don’t take it for granted that someone is going to put their life on hold for you,” Robin said, holding back tears. But Sally-Ann said she never would have considered not providing the bone marrow that saved her younger sister’s life.

Sally-Ann took a moving moment during their talk to thank God for her sister’s health. “Isn’t God good,” Sally-Ann said, before leading the crowd of festival-goers in a song of praise. “Look at Robin!”

The crowd stood when Sally-Ann, a broadcast journalist based in Louisiana, asked who in the audience prayed for Robin’s health and healing. They sang “Thank you, Lord,” when Sally-Ann began to sing a hymn of praise.

The sisters took part in a talk on sisterhood during the 20th Anniversary Essence Festival. More of the sisters’ story is shared in Robin Roberts’ new book, Everybody’s Got Something. The sisters used the word of God and their unwavering faith to speak to the power of believing–particularly in moments when faith is tested.

“Optimism is a muscle that gets stronger with use,” Robin said. 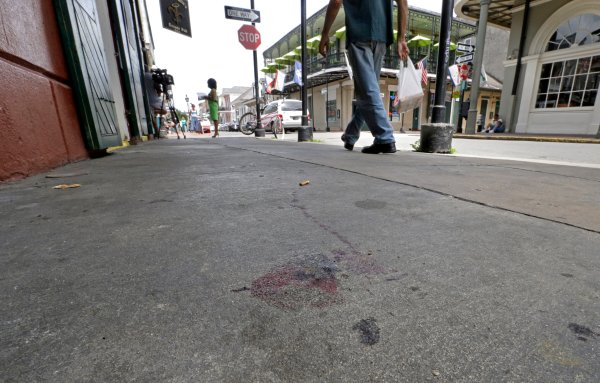 New Orleans Says City Is Safe for Essence Festival
Next Up: Editor's Pick