Why the Planet Mercury is So Utterly Peculiar

Mercury, the runt of the solar litter
MPI/Getty Images
By Michael D. Lemonick

Mercury, Venus, Earth and Mars are known collectively as the rocky planets, in contrast the Solar System’s gas giants—Jupiter, Saturn, Uranus and Neptune. (Pluto is an ice dwarf, which makes it sound like a character from either a Disney movie or Game of Thrones, but that’s another story.)

But Mercury doesn’t quite fit with the other rocky worlds, says Erik Asphaug, a planetary scientist at Arizona State University. “Most, including the Earth, have a composition that is about one-third metallic iron and two-thirds rock. Mercury is the other way around.”

That’s a problem for scientists, who don’t like anomalies—at least not ones without explanations. But in this case there may be a simple answer: Mercury is by far the smallest planet—about a third Earth’s diameter—which suggests it did once have a thick, rocky rind, but that it was stripped away somehow, during the early days of the Solar System. So where did all the rock go?

Asphaug thinks he has the answer. “We’re standing on it,” he says. That’s the conclusion he reaches in a new paper in the journal Nature Geoscience, in which he and co-author Andreas Reufer, of Switzerland’s University of Bern, present what amounts to a grand unified theory of rocky planet formation.

Their starting point is the time, about 100 million years after the solar system’s birth, when the original dusty disk of matter that circled the Sun had coalesced into pebbles, then boulders, and ultimately into about 20 objects more or less the size of Mars (which is itself about half the size of Earth)—the last step before one more major consolidation, in which the four familiar inner planets took their final shape.

All of this is pretty much agreed on in the planetary-science community. Everyone agrees further that that final step was something of an interplanetary demolition derby, with massive bodies slamming into each other, smashing apart, then re-forming into even larger objects.

What the new paper now explains, based on computer simulations, is how Mercury and Mars, whose mass adds up to less than 10 percent of the total, were left behind when the rest of the objects merged, or accreted, to form the larger Earth and Venus. “To not be accreted,” explains Asphaug, “a planet has two choices: to avoid all collisions with proto-Venus and proto-Earth, or for every collision to be a ‘hit and run’ collision that does not result in accretion.”

In other words, says Asphaug, “if Mars and Mercury are the last survivors of an original population of 20 Mars-sized planets, then you actually would expect one of them to be a soldier that missed all the action, who slept through the fight or hid.” That’s the planet we now call Mars.

As for Mercury, it saw plenty of action, but it would be the one that got hit mostly by glancing blows, with the outer layers getting stripped away and a successively smaller planet surviving. “The original Mercury,” Asphaug says, “might have been maybe three times the mass of present-day Mercury, but lost it rocky mantle when it impacted proto-Venus or proto-Earth.”

Not only is that the likely explanation, it’s the all-but statistically inevitable one. Given 20 Mars-size objects to begin with, says Asphaug, “you expect to end up with a repeatedly-stripped freak, a planetary core without its mantle.” Earth and Venus would have readily gobbled up some of what Mercury lost.

The same shooting-gallery period in the solar system’s history also explains the formation of the moon, which is Mercury’s compositional opposite, with lots of rock and very little iron. Once Earth had formed from the Mars-sized protoplanets that were whizzing about the solar system, it was slammed hard by one more of them—but instead of just adding to Earth’s already formidable bulk, this collision vaporized some of the impactor and some of the Earth’s outer layers.

That debris went into orbit, then coalesced to form the Moon. And that raises an intriguing counter-theory: maybe that Mars-size impactor, which planetary scientists call Theia, is the object that became Mercury. If that’s correct, the answer to where Mercury’s rocky outer layer went might not be under our feet after all.

It could instead be hovering right above our heads. 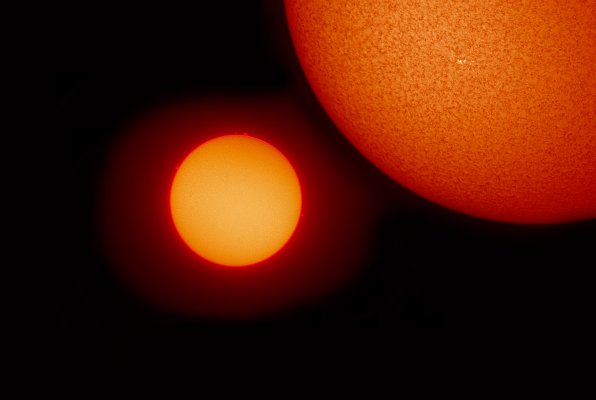