Smoke and flames rise from fuel trucks after an overnight attack by the Taliban on the outskirts of Kabul July 5, 2014.
Mohammad Ismail—Reuters
By Sam Frizell

Some Afghan media reported that insurgents fired rockets at the tankers, but it is still unclear exactly how the fires started. The Taliban claimed responsibility for the attack, Reuters reports.

The fires lit up the night with a deafening roar, but there were no immediate reports of casualties.

“The number of tankers on fire is not yet clear, but based on preliminary reports from police around 200 tankers have been burnt,” Afghanistan’s Interior Ministry said in a statement.

The Taliban has vowed to disrupt the country’s ongoing presidential election. The results of the final round of elections will be reported Monday, while both remaining candidates have accused one another of mass voting fraud. 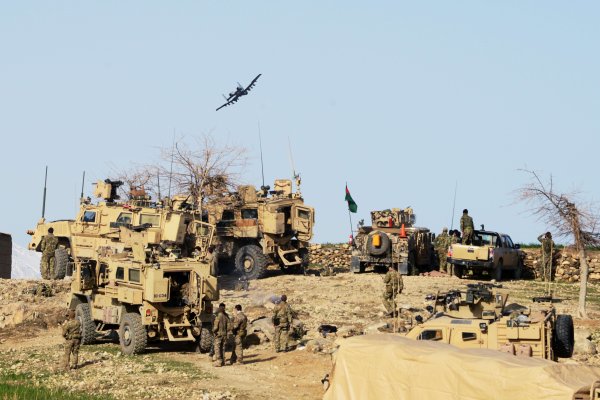