Hurricane Arthur made its way north up the East Coast on Friday, after forcing thousands of Fourth of July vacationers to evacuate and creating gridlock on highways and skyways as rain scrambled holiday plans and rescheduled fireworks shows.

After the hurricane made landfall late Thursday night, the National Weather Service said North Carolina could get eight inches of rain on Friday, while areas as far north as Cape Cod in Massachusetts could se six inches. Arthur became a Category 2 storm overnight, and fierce winds were expected to push into Virginia on Friday. Authorities warned of coastal flooding and dangerous ocean conditions up and down the East Coast, and tropical storm warnings were in effect all the way to Cape Cod. It weakened to a Category 1 storm Friday morning as it moved up the East Coast.

Despite sunny skies forecast for the weekend, heavy rain had already wreaked havoc on Fourth of July plans. Cities as far north as Boston had rescheduled their fireworks for Thursday night or later in the weekend in anticipation of soggy weather.

Arthur was the earliest hurricane to hit North Carolina since record-keeping efforts began in 1851. The storm system continued to bring heavy rains and winds of up to 100 m.p.h. early Friday morning, with meteorologists anticipating “little change in strength” as the storm grazes the Eastern seaboard over the course of the day.

More than 21,000 people across North and South Carolina were without electricity early Friday morning, the Associated Press reports. The storm was heading northeast at 22 m.p.h. and was about 80 miles north of Cape Lookout, N.C., by early Friday, CNN reports.

Arthur created a pattern of gridlock spanning the U.S. More than a thousand flights had been canceled by midday Thursday—a frustrating start to a weekend when 41 million Americans were projected to travel.

“I found out at 5 p.m. [on Wednesday] that my 7:50 p.m. flight was canceled due to ‘air-traffic congestion [because of Arthur],” Taylor Laub, who was scheduled to fly to Philadelphia from Atlanta, told TIME from Hartsfield-Jackson Atlanta International Airport. Her rescheduled flight had been “successively delayed” into late Thursday night.

The scene at Reagan Washington National Airport on Thursday afternoon was chaos as Hurricane Arthur continued to gather strength off the coast of North Carolina. Passengers on flights scheduled to leave mid-afternoon were still waiting at 8:30 p.m.

Hurricane Arthur as Seen from Space

One such passenger was David Luterman, who did his best to ignore the turmoil around him, reading a magazine in front of Gate 2 in Reagan National’s Terminal A, waiting to take off on what should have been a 3:40 p.m. Jet Blue flight to Boston. “Ladies and gentlemen, we apologize,” a Jet Blue employee announced over the loudspeaker around 5:45 p.m. “We’re just waiting for the lightning to clear for the ramp to open so we can land, disembark and clean the plane to continue on to Boston. We hope to have you on your way as soon as possible.”

Luterman had hoped make it back to his Boston-area home to spend the holiday weekend with his family. “I really want to get home,” he said.

In the days preceding the storm, state authorities warned of flooding and other damage, prompting mandatory evacuations in vulnerable areas and forcing thousands of vacationers to make alternate plans for their Fourth of July weekend. Tourism officials in North Carolina had initially projected a quarter of a million people to travel to the beaches of the Outer Banks for the holiday.

“We’ve lost a lot of business because of the storm — people are afraid of hurricanes,” said Jeff, the night manager of the Nags Head Inn in Nags Head, N.C., early Friday morning. “We were expecting to be 80 to 90% full, and now it’s looking more like 60.”

Storm preparation is a familiar routine along the North Carolina coast, where some of the most devastating tropical cyclones of recent years have made landfall. As Arthur churned in the Atlantic on Thursday, local supermarkets were crowded with residents stocking up on flashlights and bottled water. The town of Surf City canceled its Fourth of July celebration.

Rough surf and rip currents will remain a major concern along East Coast beaches, and swimmers have been advised to be extra cautious.

At the same time, a good number of North Carolinians have responded with indifference, dismissing the ongoing media coverage of the hurricane as unnecessarily alarmist.

“We had a big increase in sales today, which is normal when hurricanes come,” an employee at a Harris Teeter grocery store in the beach town of Kitty Hawk said. “But it’s really not too bad. It seems pretty overhyped.” 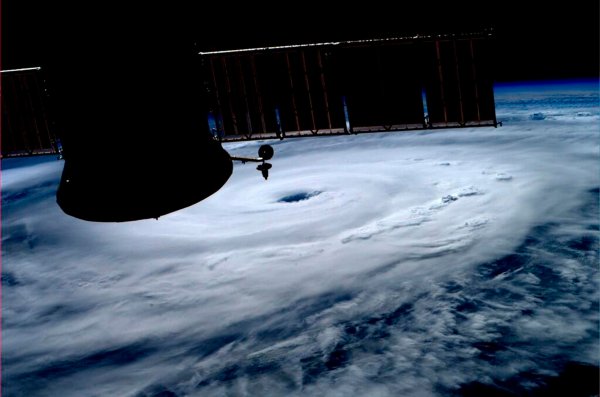